Which of the Carbanion is more stable, 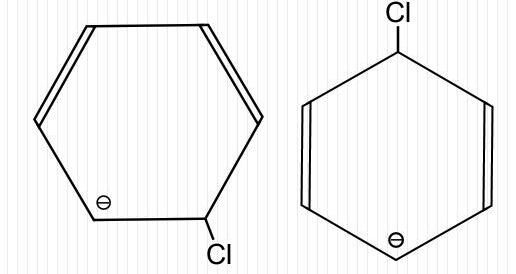 I figure it must be the left one since the chlorine withdraws electron density.

As phrased, this question is not answerable. Carbanions 1 and 2, are resonance contributors of a delocalized carbanion. These two contributors and a third (3) are shown in the image below.

A common misconception about resonance contributors is that each structure exists and the species alternates through them. This is not the case. If this were the case, we would be able to detect all three contributors using spectroscopic methods (though 1 and 3 would likely be indistinguishable). Carbanions 1 and 2 (and 3) all have the same response to all forms of spectroscopy. Each resonance contributor is an approximation of the true structure of the delocalized carbanion.

Another way of looking at the structure of the delocalized carbanion is to draw a resonance hyrbid. This structure shows the delocalization. A similar representation uses partial charges to indicate the positions where the negative charge accumulates. 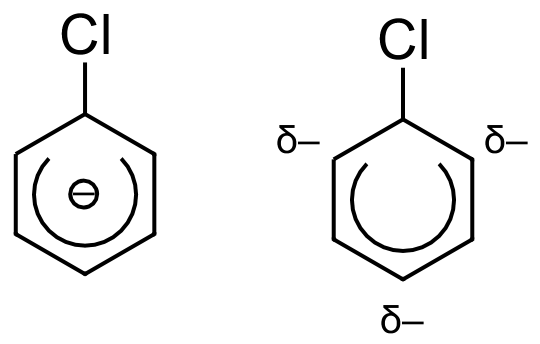 Sometimes when we ask the question about the comparative stability of two resonance contributors, what we really mean is which is more important for approximately the true structure of the resonance hybrid. In other words, which of the three carbons in the hybrid has the most negative charge. We can apply the same reasoning to answer this question as we would to answer the stability question.

Since the two structures are resonance contributors of the same hybrid, we can ignore resonance stabilization as a consideration. Both have the same degree of resonance. We then need to consider induction. There is an electronegative chlorine atom in the structure than can stabilize negative charge through induction. Inductive stabilization is through the sigma-bond network and decreases over distance. You should be able to use this information to judge which resonance contributor is more important (1/3 or 2).

6
Elimination of HCl from isomeric chlorocyclohexadienes