Why does Oxygen act as Nucleophile over here? 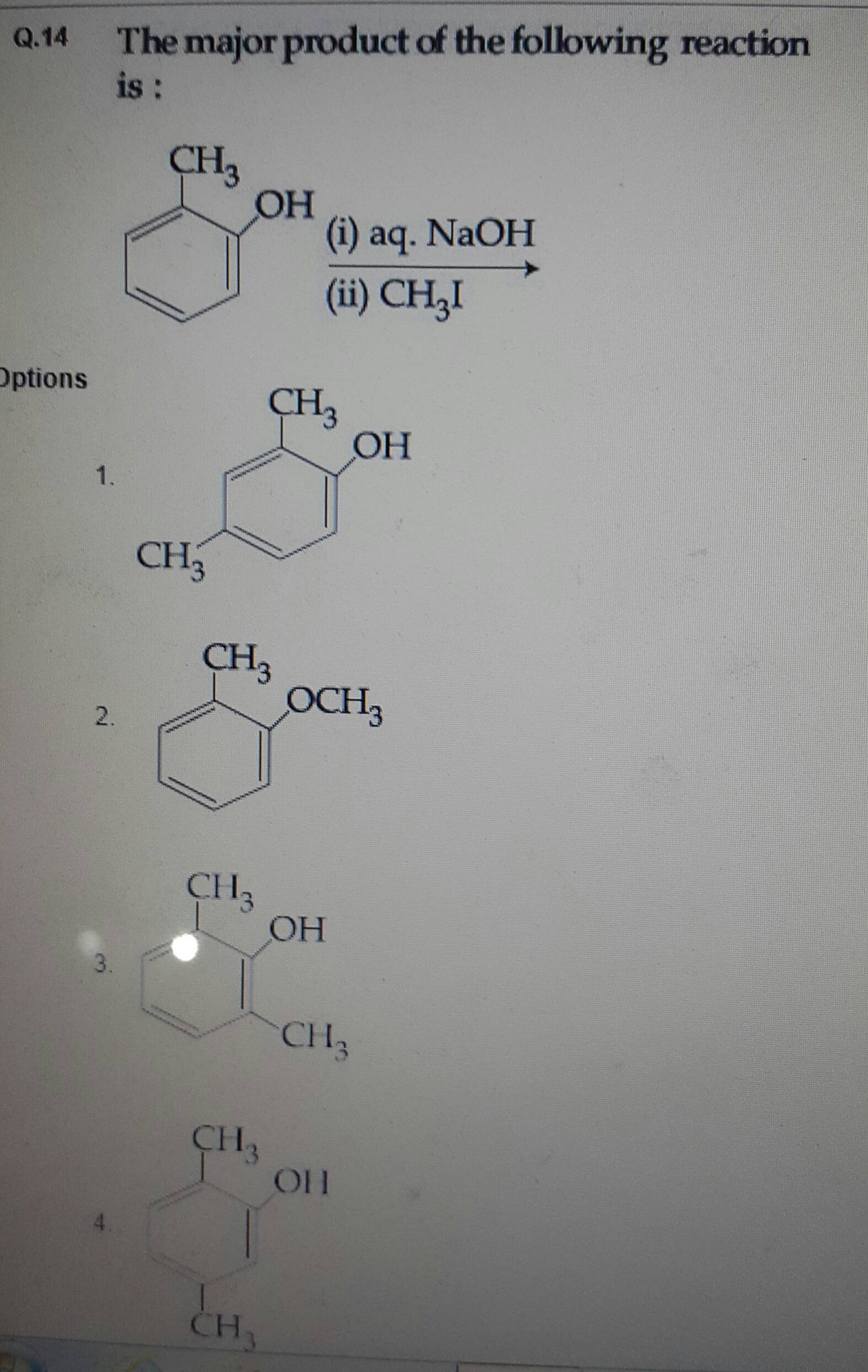 In the question I have attached, in the first step the hydroxide ion abstracts the hydrogen from the oxygen of o-cresol. The negative charge so formed is delocalised onto ortho and para position.

Now, based on the statement that Carbon atom should attack, Option 1 should be ruled out. Option 2 also is unfavourable because the carbon atom attached to $\ce{CH3}$ would have less negative charge due to inductive destabilisation by $\ce{CH3}$. Option 3 is unfavourable because the product formed would be sterically crowded. Option 4 seems correct.

But the answer given to the above question is Option 2.

I confirmed from my teacher and he says that the statement that Carbon atom is a better nucleophile than oxygen is true but here attack from oxygen would take place (he doesn't explain why).

Also, in the well known Riemer Tiemann Reaction and Kolbe Reaction of Phenol, the attack takes place from Carbon side.

Question- where is my reasoning wrong? According to my reasoning, answer should be Option 1. Why isn't it?

Well, here's the catch. When C attacks, the reaction proceeds through a carbanion intermediate. This carbanion in case of phenyl systems is stable enough to react only when the reaction takes place in a polar protic solvent which stabilizes the intermediate. But in case of an aprotic solvent such as iodomethane, O- wins the nucleophilicity race and hence it attacks. You must not forget when we're talking about the product, we mean the major product. Experimentally, we're bound to obtain both products in certain quantities.

7
Synthesis of 2-methyl-4-nitrophenol from benzene?
1
Generalizations regarding functional groups on benzene ring
5
Why doesn't the bromide anion attack during electrophilic addition of bromine in methanol solvent?
6
Most activated position for Electrophilic addition in substituted biphenyls
5
In Reimer-Tiemann reaction why does phenol attack the carbene from ortho position?
1
Nucleophillic addition vs SN2
2
Does electrophilic substitution of hydrogen by electrophiles occur on oxygen or on ring of phenol?
3
Mechanism of Grignard reaction with 2-(thiiran-2-yl)oxirane