Does a neutral dimercury molecule exist?

Is a neutral $\ce{Hg2}$ molecule possible, as a gas under extremely low (partial) pressures? What is the enthalpy of formation or similar?

It is my impression that usual mercury vapors are monatomic? I think it is well-known that a dimer ion $\ce{Hg2^{2+}}$ exists under some conditions.

Somewhat related threads: Is it possible to have a diatomic molecule of sodium in gaseous state? and Which elements can be diatomic?

There has been recent research on mercury dimers in its ground state. Bond energies, transition energies, band spectrum and other spectroscopic parameters has been calculated. Here are the abstracts of two papers on mercury dimer:

Does a neutral dimercury molecule ($\ce{Hg2}$) exist? Simple answer is yes. But when I look at the answers given so far, a simple answer might not be good enough without giving some evidence. So, I decided to dig into the question a little deeper. I'm not a physical chemist, but can't resist the data I have seen in review and research articles for this subject so far. Thus, I’d like to share it with the community:

Recently, a systematic analysis of the rotational structure in the (57, 0) band of the $\mathrm{D1_u \leftarrow X0^+_g}$ transition in $\ce{^{A_1}Hg^{A_2}Hg}$ molecule (where $A_1$ and $A_2$ are mass numbers of seven stable isotopes of natural abundance $\ce{Hg}$) is presented by Koperski and coworkers (Ref.7). It is very notable work because their goal was to examine the structure without any limitations and simplifications that were assumed in previous works of others. They also wanted to improve the rotational constants and bond lengths of the two electronic states involved in the transition. 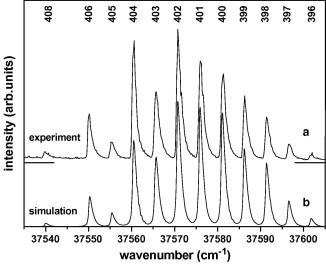 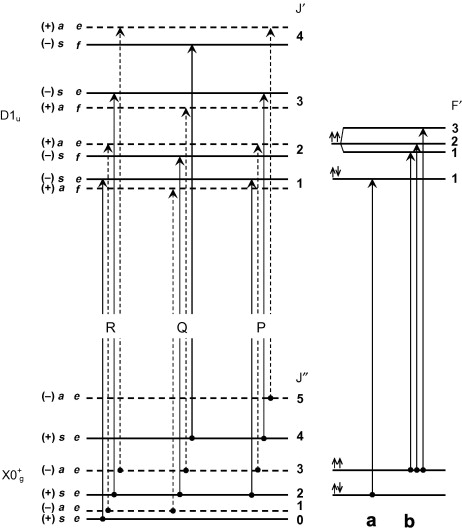 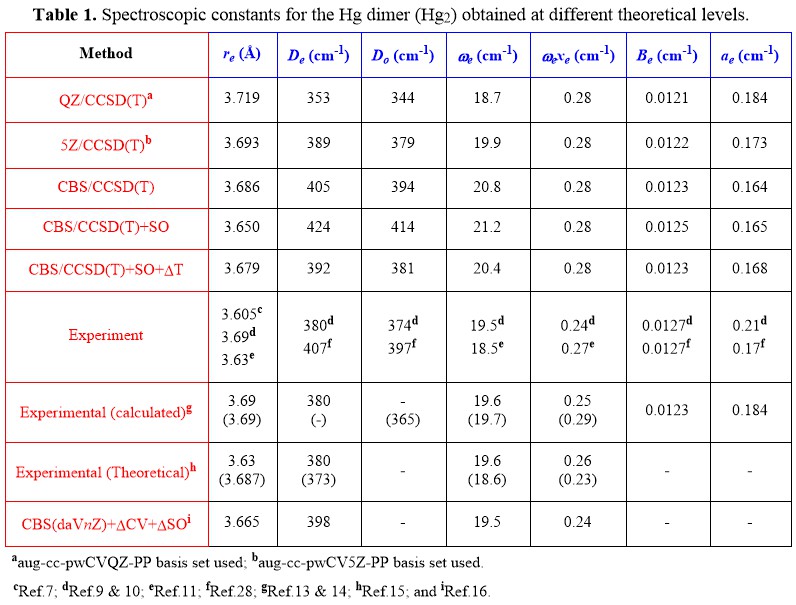 The nature of mercury associates was studied. Quick googling gave paper with words "$\ce{Hg_x}$ cluster transition from VdW to metallic bahavior between 20 and 70 atoms", suggesting that $\ce{Hg_2}$ associate, if exists, have VdW bonding (i.e. not a chemical, but physical bond) only.

Not the answer you're looking for? Browse other questions tagged bond molecular-orbital-theory allotropes or ask your own question.

8
Is it possible to have a diatomic molecule of sodium in gaseous state?
13
Which elements can be diatomic?

46
Why does sulfur, but not oxygen, catenate?
12
A theoretical molecule that could match uranium mole-for-mole
2
Does single-layered Aluminium Phosphide exist?
7
Do bonding and anti-bonding orbitals exist for ionic bonds?
6
Does the hybridization of sp3d2 type exist?
6
Which allotropes of sulfur exist naturally?