number of optical isomers of a cyclic molecule 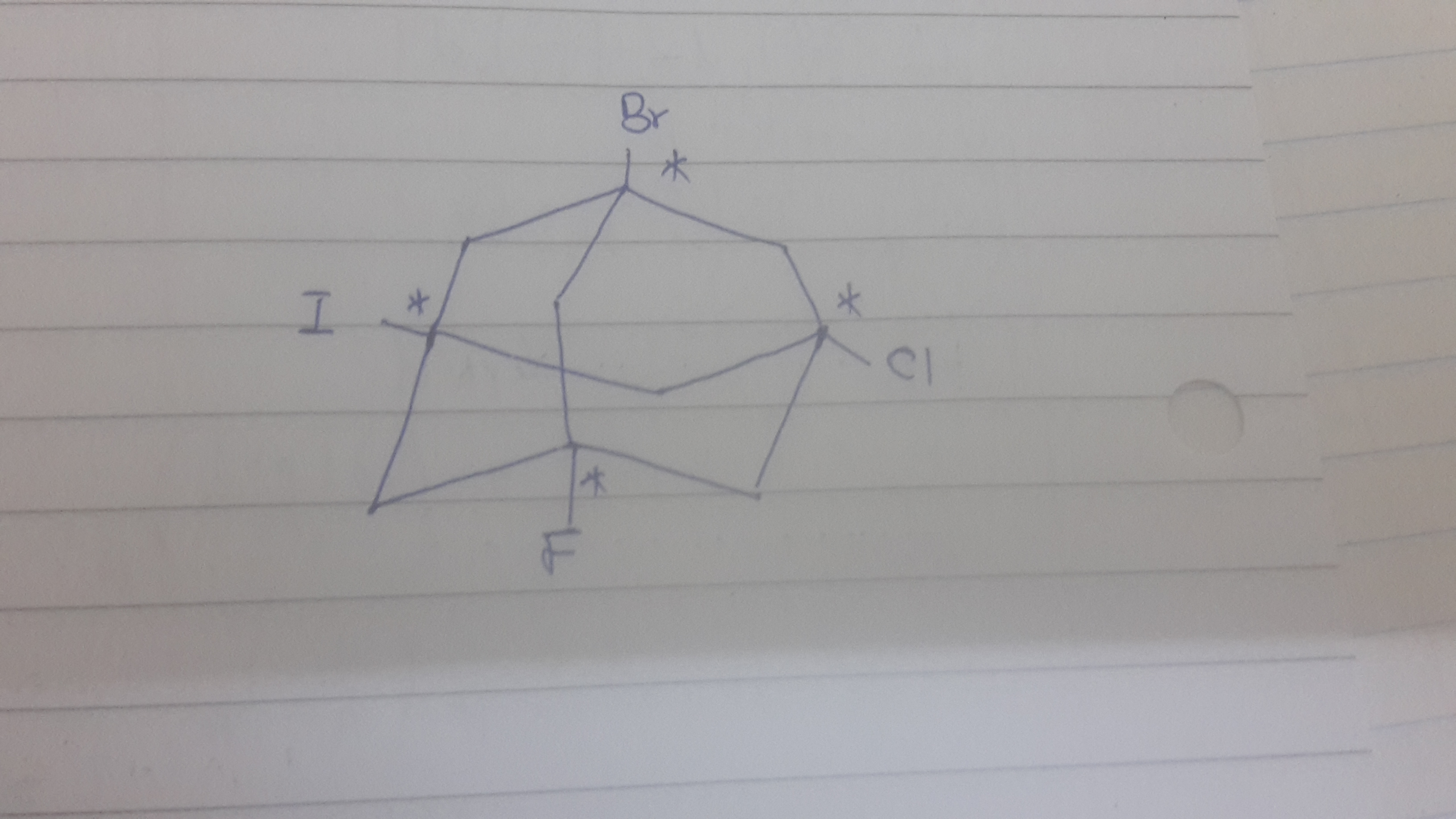 What is the number of optical isomers for this compound?

Also, there seems to be no clear-cut boundary between geometrical isomers and optical isomers. Referring to a post in StackExchange,

1-Bromo-3-chloro-5-fluoro-7-iodoadamantane would be an interesting example of central tetrahedral chirality without the actual (physical) center. Exchanging halogen atoms will result in only two stereoisomers. 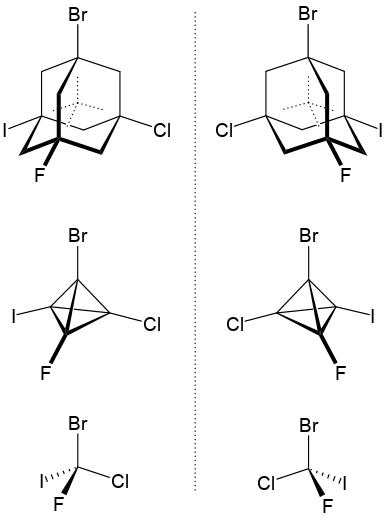 To your additional question: It depends how (far) you'd like to go with removal of the rotation restriction, anyway the resulting compounds will already not be original 1,2-dichlorocyclohexane.

But note that geometrical isomerism is usually used in relation with double bond cis/trans isomerism; and together with optical isomerism are both deprecated terms.