But the answer is given $1 > 2 > 3$, even though phenyl is a bulky group and alkyl groups are electron releasing.

How to approach these type of questions?

All the compounds are planar, steric hinderance might have played a more significant role if the attack of nucleophile was in the plane. Nucleophilic addition at the carbonyl group takes place at an angle of 107° with the plane.! 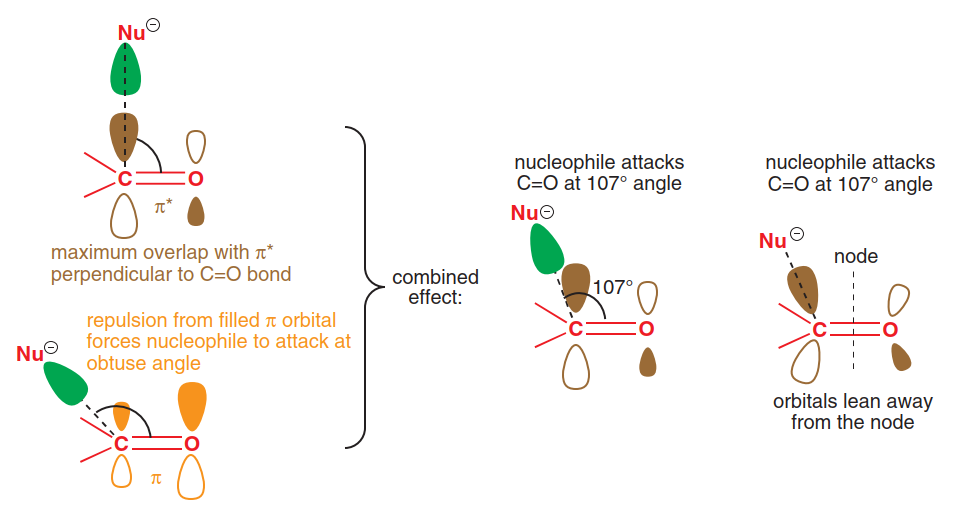 Addition of grignard reagents at the carbonyl group are primarily governed by electronic effects. More the positive charge at the carbonyl carbon more will be the rate of reaction.

The two phenyl groups reduce the $\delta +$ most significantly by resonance, next the dimethyl ketone by two methyl groups which reduce the positive charge by hyper conjugation and inductive effects.

The order can be finalized as:

Not the answer you're looking for? Browse other questions tagged nucleophilic-substitution or ask your own question.