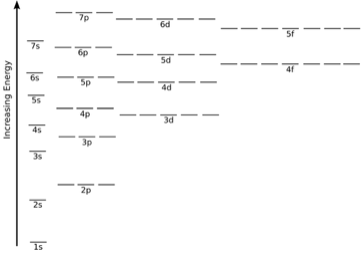 30
Why does the 3rd electron shell start filling up with scandium?
13
Why do 3d orbitals have lesser energy than 4s orbitals in transition metals?