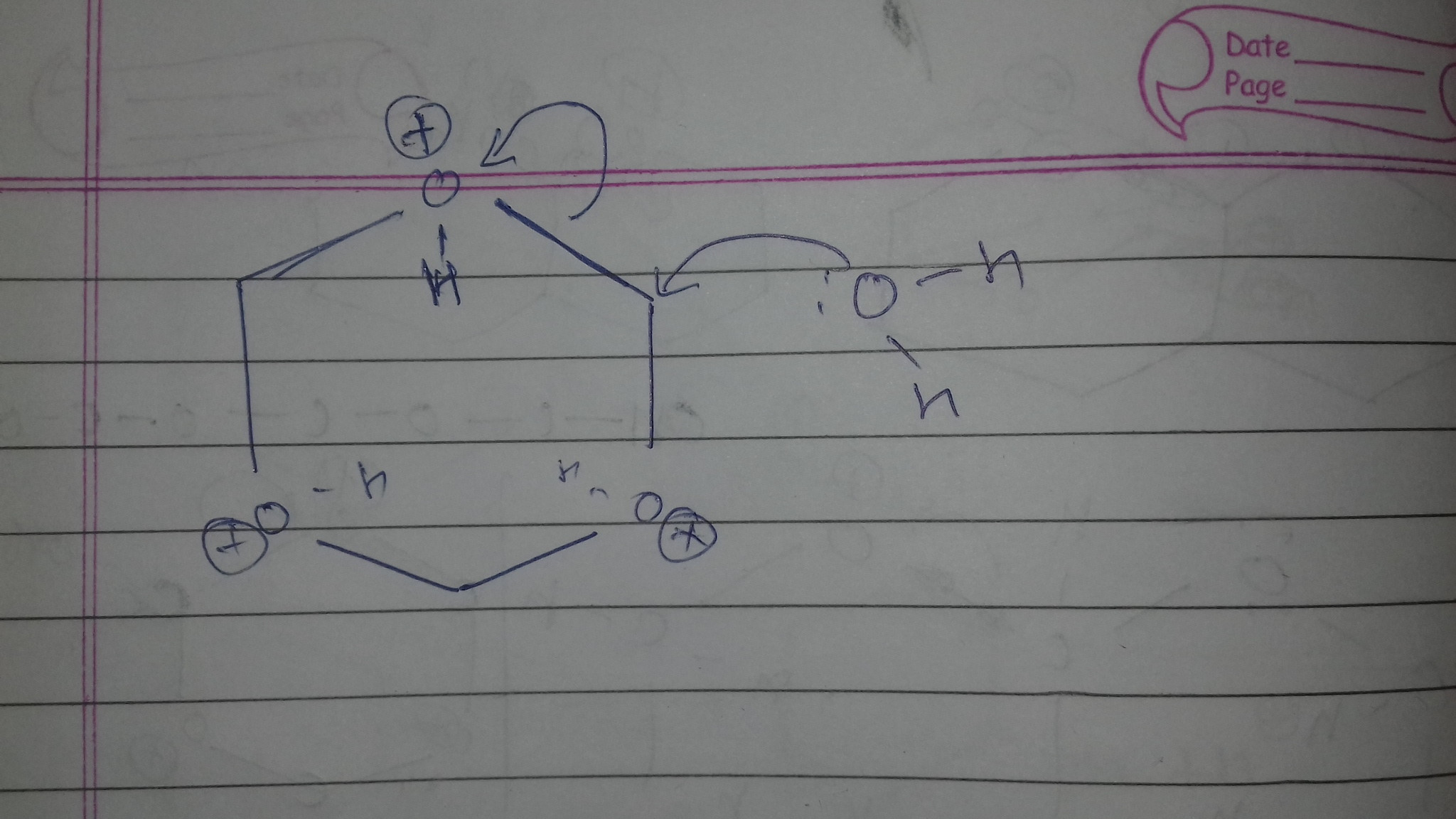 This compound is a special type of ether called an acetal. An acetal is a functional group with two alkoxy groups attached to the same carbon atom. They hydrolyze in aqueous acid to form aldehydes and ketones. The pair of carbon-oxygen single bonds is replaced by a carbon-oxygen double bond. The mechanism can be similar enough to what you drew, though an SN1-like mechanism is also reasonable. 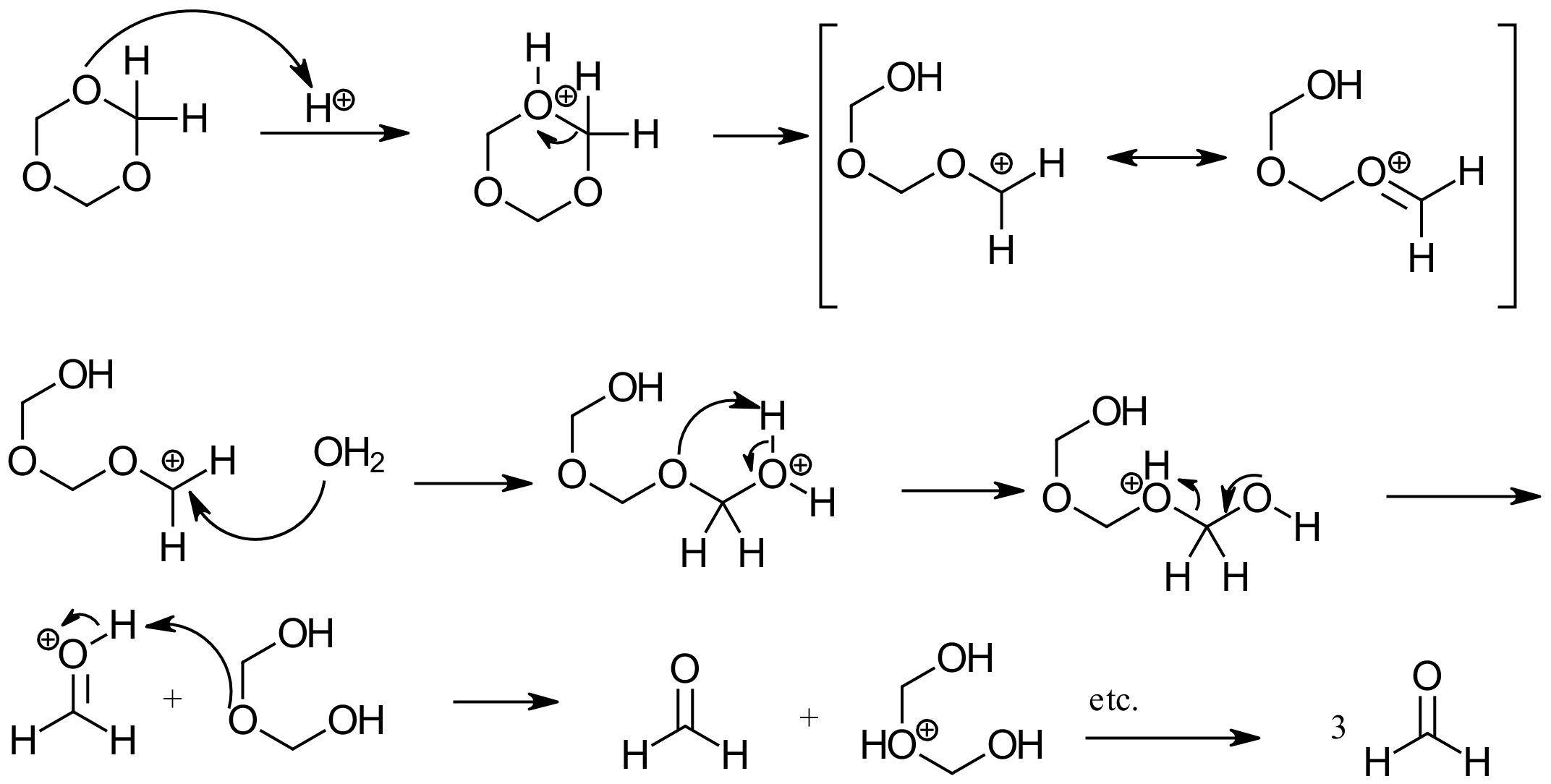 Not the answer you're looking for? Browse other questions tagged ethers or ask your own question.

5
Heating of Ethers with HI and Cleavage of Ethers
5
Ring opening of epoxides
13
Why are ethers treated as substituents and not as functional groups in IUPAC nomenclature?
0
No.of isomeric ethers of formula C3H6O
8
Are crown ethers "recycled", typically?
3
Reactivity of different alcohols with NaNH2 and CH3I
9
Effect of substituents on arene oxide-phenol rearrangement
2
Why is the ether linkage breaking here?