Are words on my T-shirt removable? [closed]

I wonder if the words on my T-shirt are removable? If yes, what kind of (chemical or physical) ways are there?

They look like paints on the cloth, as the letter "C" has become blurred in the way shown in the picture over the time when I was wearing it. But I admit that I don't know anything about how words are printed on clothes generally. 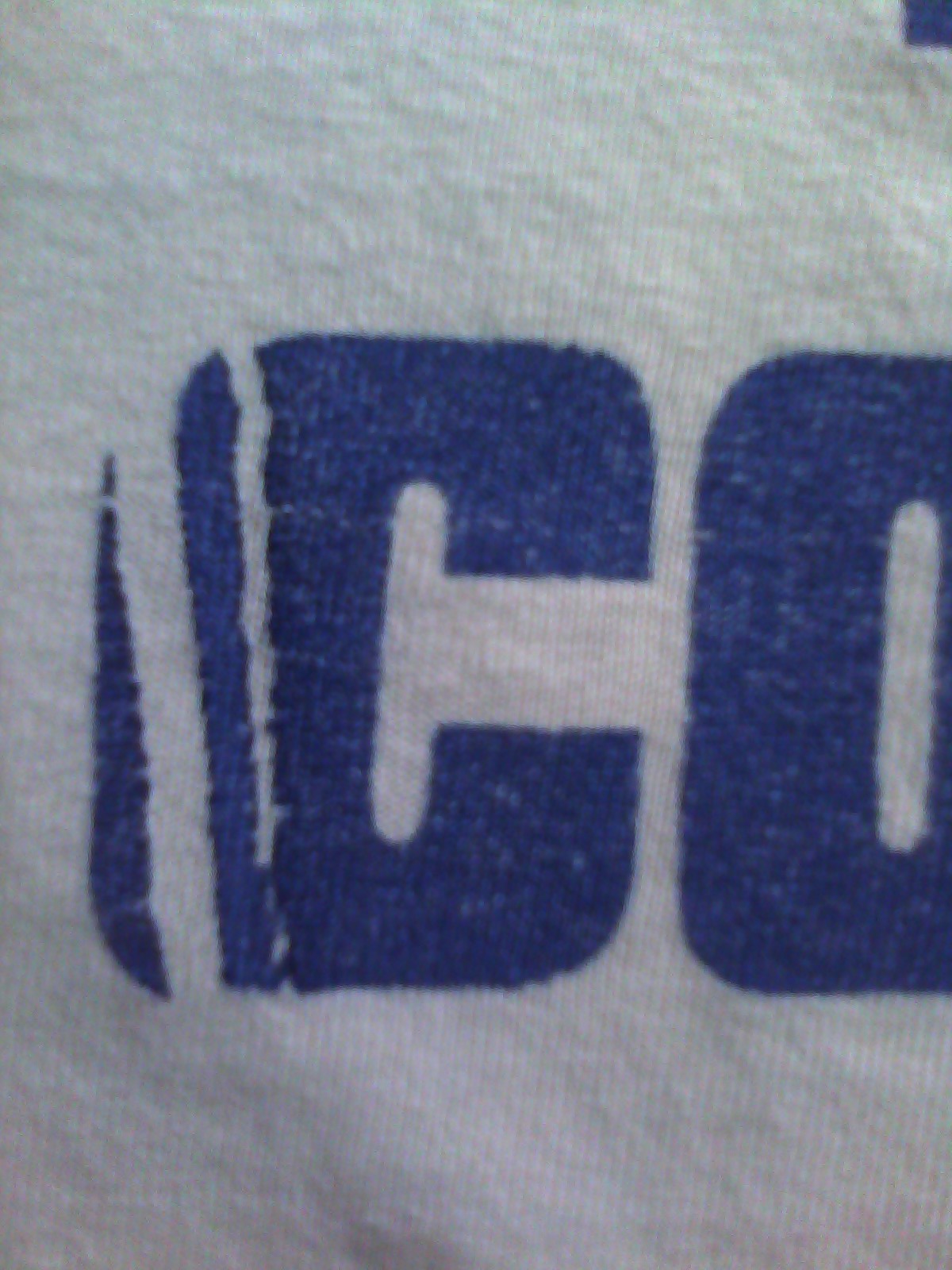 It would depend on the type of dye/ink and the type of fabric. The are several different types of dye removers available. Dharma Trading Company makes "Dharma's Dyehouse Color Remover" which is Thiourea dioxide (a.k.a. Thiox, Spectralite).

As you say, it appears to be a kind of paint? So perhaps if you get a razor or something sharp you could try scraping and it will probably come off eventually, that would be one physical way. On the other hand if you want to go crazy try putting some paint thinner on there and see what happens, but don't blame me if you ruin your shirt experimenting on it, I have never used paint thinner before but I am guessing it consists of a non-polar compound and dissolves similar compounds (paint) so that it might be washed off with water. This is all hypothesis of mine, I have no idea what will happen except for what a razor can do.

Edit: I believe that Mr. Bean may have already demonstrated this experiment for us.

Not the answer you're looking for? Browse other questions tagged everyday-chemistry solubility or ask your own question.

4
Are pesticides used on fruit easily washed off?
7
Why are many silver salts insoluble?
7
How are these compounds strong bases, when they are sparingly soluble in water?
18
Why does water spills on our shirt change its colour?
3
Are bisulfates and bicarbonates soluble in water?
3
Which metal hydroxides are soluble?
0
Products which adhere to human nail while still being removable/reusable?
4
Are there any sodium salts that are insoluble in water?
0
Are all mixtures linear?