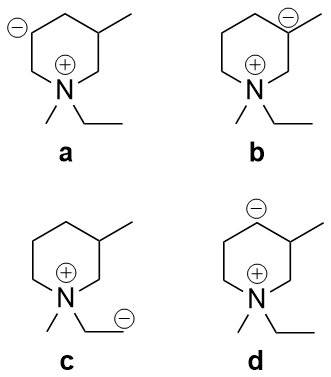 2
Comparision of donation power
4
Rationalizing enamine stabilities
3
Find the order of acidic strength
25
Which molecule is more acidic: CHF3 or CHBr3?
6
Relative acidity of p-chlorobenzoic acid and p-flurobenzoic acid
0
Inductive effect in carbanions
4
How to determine the relative contribution of resonance structures when different rules give contradictory outcomes?
2
Change in inductive effect of a susbstituent when -R group replaces -H atom