Sugar solutions have a neutral pH in themselves, but it makes your body acidic. Why? [closed]

I'm not an expert, but as far as I understood a sugar solution is completely neutral since sugar can't take hydrogen ions out of the water or donate them in. Sugar is a non ionic compound, so it does not release H and OH ions in the water so it will not make the solution acidic or alkaline.

I keep on reading and seeing charts of how sugars make your body acidic, like this one: 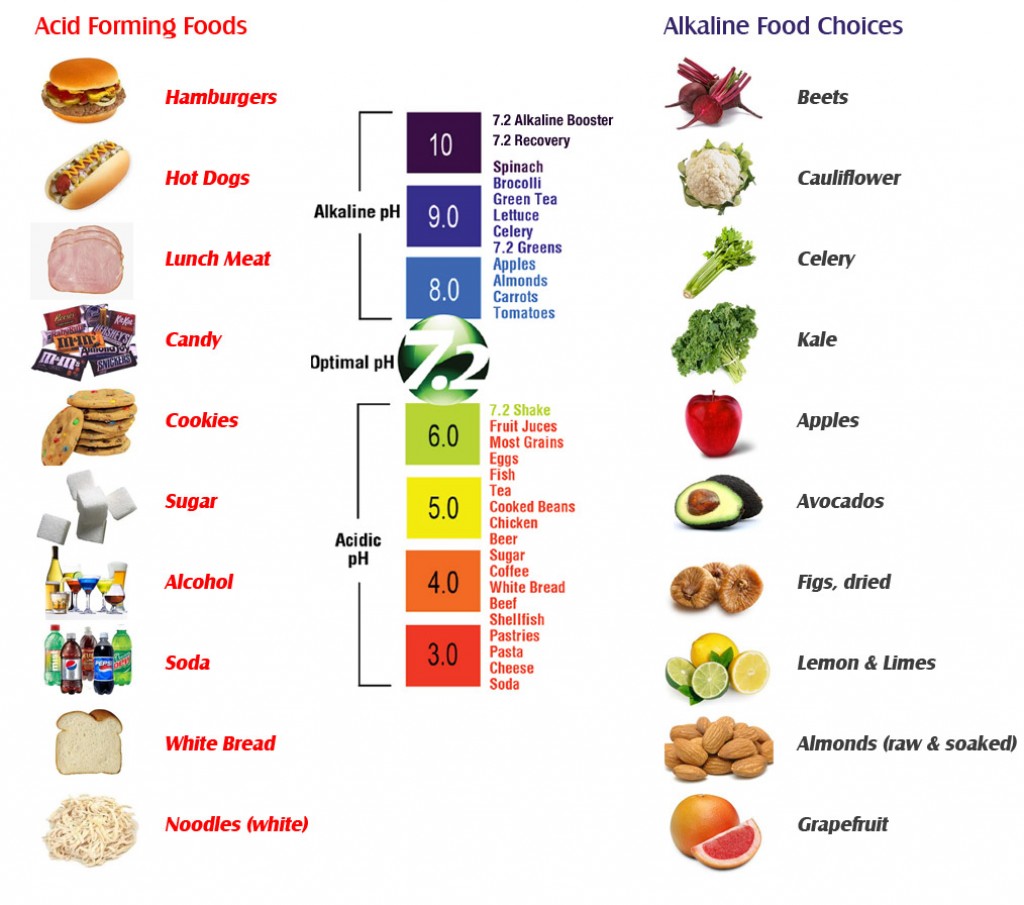 What process makes a neutral pH solution into an acidic one? I'm not into chemistry at all and therefore the simpler the answer the better.

It is not proven that "sugar makes your body acidic"!

Your body's pH is very tightly regulated by the body's internal systems; it is also different in different parts of the body - the stomach is acidic (1.0-2.5), the intestine are mildly basic (jejunem 7-9) terminal ileum 7.5 reference here. Blood pH is 7.35, and any deviation from this is indicative of serious illness.

One place where sugar does cause acidity is your mouth. The bacteria living in your mouth feed on sugar and excrete lactic acid. It's part of their metabolism. Wikipedia has more details about dietary sugars and acidity in mouth.

It's not clear from the chart what part of the body it refers to, or what it claims the acidity to cause. But it does sound similar to the alkaline diet advice. It was originally related to acid ash hypothesis, which claimed acidic diets to cause osteoporosis. However, scientific research has not found evidence for the hypothesis. There is also a significant difference: the original acid ash hypothesis classified foods based on the pH of the ash left when burned - not the sugar content (all sugar will burn away).

In conclusion, there is no general link between sugar and acidity in body, but in some very specific cases such as caries bacteria in mouth, there is a connection.

On the point of ‘makes your body acidic’ you already have an answer to which I have nothing to add.

However, you also claim that sugar be completely neutral—at which point I must intervene.

A lot more compounds can act as acids and bases than the shortlist of common acids you probably had in chemistry class. Most things with a lone pair can be a base and practically any $\ce{X-H}$ bond where $\ce{X}$ has a higher electronegativity than hydrogen can be an acid. In $95~\%$ of cases, these compounds are probably still not acidic or basic though.

And then there is the (much smaller, but still vast) class of compounds that can act as acids or bases in standard aquaeous solutions but usually do not. In sugar’s case, it has a lot of $\ce{O-H}$ bonds and a lot of oxygen atoms. All oxygen atoms can be protonated if a strong acid is introduced to the mixture so sugar is a base about as strong as water. On the other hand, the hydrogen of the $\ce{O-H}$ bonds can also depart as a proton if a strong enough base is in solution. This means sugar’s hydroxy groups are also weak acids—again, about as strong as water.

Then there is a final convoluting factor. One of these hydroxy groups in glucose is attached to a carbon that is bound to a second oxygen ($\ce{R-O-CHR'-O-H}$). Here, the electronegative oxygen exercises a negative inductive effect, i.e. draws electron density away from the hydroxy group. Therefore, this one proton is slightly more acidic than all others. It is also ever so slightly more acidic than water so it acidifies the solution ever so slightly.

For all practical intents and purposes, this effect can be fully neglected, however, as it is so minor.

Not the answer you're looking for? Browse other questions tagged everyday-chemistry ph food-chemistry or ask your own question.

0
Is it wrong to allege that lemons and limes are alkaline?

5
Does citric acid react with carbonated water?
2
The influence of lemon juice & sugar on the ph-value
3
Permanent suspension of cocoa powder into water
6
MgCl2 acidic or neutral in water?
2
What made my solution cloudy?
2
Is it possible for a liquid chemical to have a pH value lower than its aqueous solution?
48
Why doesn't frozen sugar solution taste sweet?
29
Is honey really a supersaturated solution? Does heating to un-crystalize redissolve it or melt it?
10
How long would it take for sucrose to undergo hydrolysis in boiling water?
2
pH implications of redox balancing half reaction method