I've seen that the first ionization energy of a particular metal is always greater than its work function. This implies that the valence electrons in an isolated atom are more strongly bound than the de-localized conduction electrons in the solid metal.

For example, the first ionization energy of sodium is $5.14\mathrm {eV}$/atom.

I'm thinking that in a metal lattice, the de-localized electrons are attracted by many positive kernels at the same time. Also, they suffer repulsive forces from the electrons around. So the concerned electron is shielded from the attractive force from the positive centers by the other nearby de-localized electrons and the the case isn't much different from that of an isolated atom. But that doesn't seem to be the case because the work function is (very roughly), just half the value of the ionization energy.

In metallic solids, after the formation of bands, are the de-localized electrons (which now exist in bands) attracted less strongly by the positive cores which gives rise to such a difference?

Is it the case always? If so, why?

Thank you very much for your valuable suggestions.

They differ by definition, which states that work function is difference in energy between Fermi level (work required to add one electron to the body) and vacuum level (energy of an electron that drifts in vacuum, free from any material), while ionization energy is difference in energy between HOMO (highest occupied molecular orbital) and our old friend, vacuum level.

It's clear that electrons that occupy orbitals (HOMO energy level) are lower in energy than Fermi level (the boundary between occupied and unoccupied states in a continuum of states). Below is the picture which you might find useful. Also check for the source of picture: it has good and detailed explanation about your next possible questions on topic. 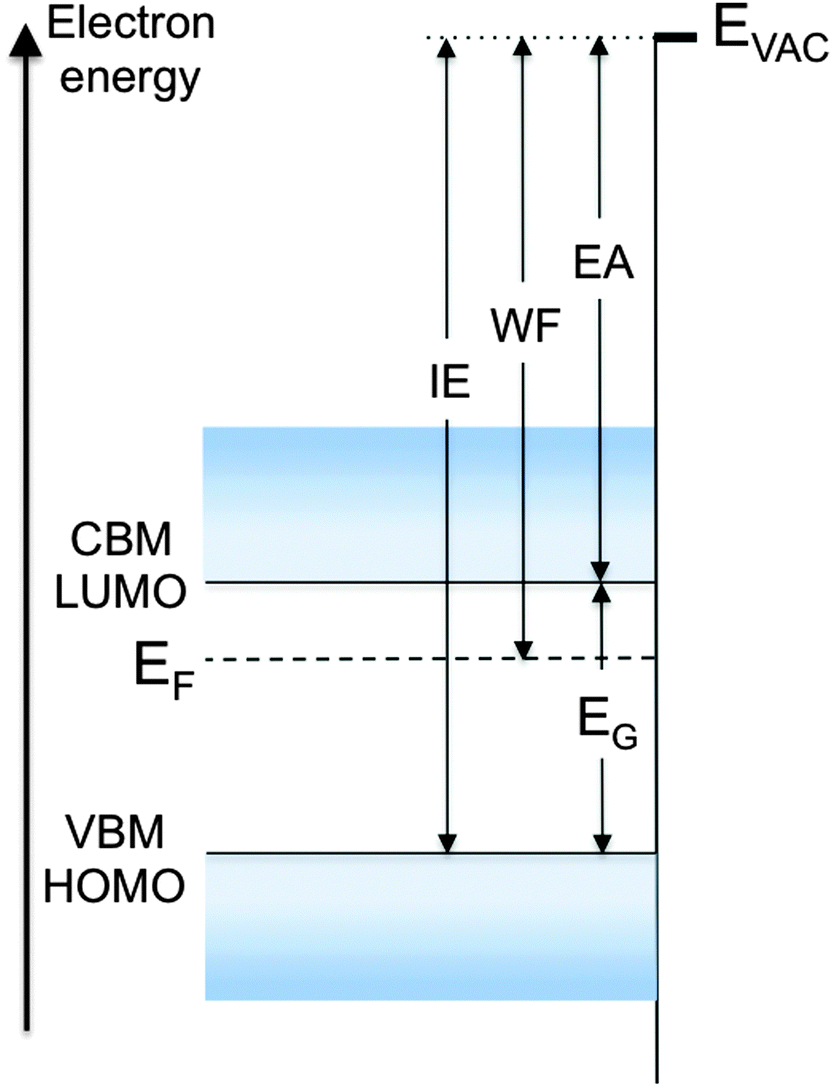 Not the answer you're looking for? Browse other questions tagged physical-chemistry ionization-energy or ask your own question.