Is fluorine sp3 hybridized in BF3

Since BF3 has the shape of tetrahedral, and in the provided solution, Boron is sp2, why is Fluorine sp3 hybridized? 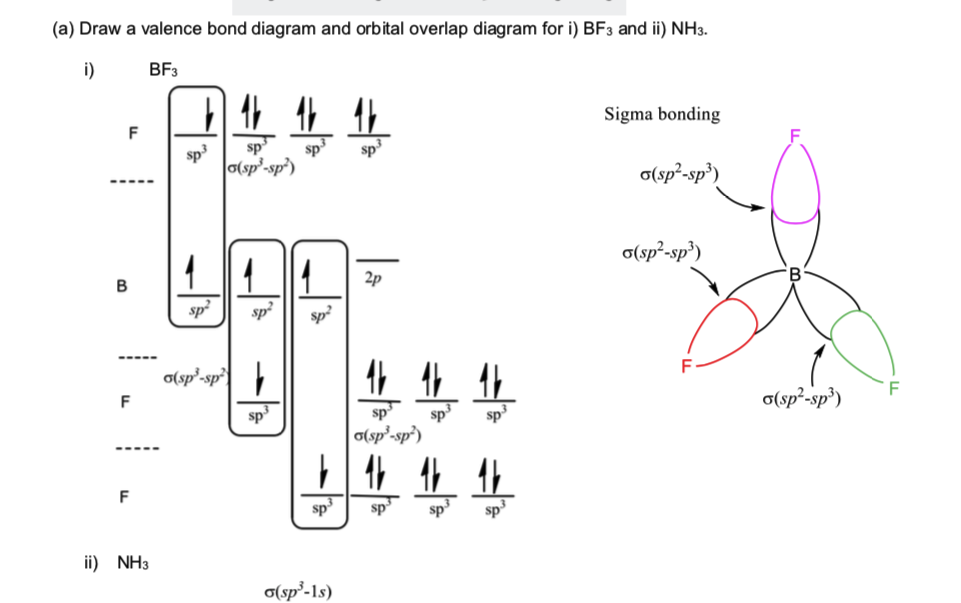 First things first: $\ce{BF3}$ is not tetrahedral. It cannot be, as a tetrahedral structure requires a total of five atoms (one in the centre and four in the corners).[1] Instead, it is trigonal planar. However, that is of minor importance.

Secondly, fluorine is most certainly not sp3 hybridised. In general, hybridisation is determined by geometry and not vice-versa, thus we only need to establish the trigonal planar geometry to arrive at boron’s sp2 hybridisation. However, this doesn’t help us for terminal atoms as there is no ‘geometry’—only a single binding partner. In some cases, constraints may exist due to multiple bonds which require π-type bonding orbitals. Again, this is not the case for single bonds which rely solely on their σ orbital.

Instead, the basic assumption should be to assume the hybridisation as low as possible. In that way, fluorine’s s type orbital can be as low as possible in energy—which means a higher energy gain. It is easy and possible to assume fluorine bonds solely with a correctly aligned p orbital and so it does.

[1]: This sentence depends on the system of classification you were taught. I was taught only to label those molecules as tetrahedral which have five atoms that correspond to the four corners plus the centre. If there are four atoms as in the case of ammonia ($\ce{NH3}$), it is possible for the overall structure to be a tetrahedron with one corner removed. We were taught not to call this tetrahedral but a trigonal pyramid. Your teacher’s mileage may vary.

The answer is - they are not really sp3 hybridized. Usually (for low-level textbooks) reasoning goes like "since we have 1 bond and 3 lone pairs, fluorine has 4 electron-ish things => fluorine is sp3". But actually, the closer element is to 18 group (and F is in 17), the less preferable becomes hybridization of s and p orbitals. For fluorine, this is (almost completely) not preferable process, so you shouldn't consider it sp, sp2 or sp3 hybridized.

Not the answer you're looking for? Browse other questions tagged inorganic-chemistry halides hybridization or ask your own question.