I was working through the end-of-chapter exercises of the acid-base chapter in Shriver's Inorganic Chemistry when I came across the following problem:

The answer that the book's solution manual provides is the following:

Therefore, in neutral water, $\ce{F-}$ will behave as an base.

However, I have a few points I don't understand:

The textbook walks us through the interpretation of these enthalpies (they also caution us not to use enthalpies as sole criterion for spontaneity of reactions): 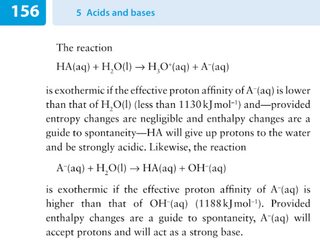 If we try that for the case at hand, we first consider whether HF reacts with water:

Here, water and fluoride are the bases "fighting for the proton" (reactants: fluoride has the proton; products: water has the proton). Fluoride wins (i.e. HF does not give away the proton) because it has the higher proton affinity, and the reaction does not proceed judged by enthalpy alone.

Second, we consider whether the fluoride ion reacts with water:

Here, fluoride and hydroxide are the bases "fighting for the proton". Hydroxide wins because it has the higher proton affinity, i.e. this reaction also does not proceed judged by enthalpy alone.

Now to your questions:

I think they ask "does HF react with water?", and "does fluoride react with water?". I don't know why the answer flips one of the reactions (maybe the solution manual wasn't written by the textbook author, and the original intent of the question got lost).

Reaction rate constants vary by many orders of magnitude. The reaction of fluoride and hydronium is nice because the reactants are of opposite charge, so maybe it has a high rate constant. The reaction of fluoride and water is nice because water is the solvent, so it is present at high concentration and already at close proximity. I could not tell you which reaction is faster even if I know the concentrations of all the reactants.

Here is the table of proton affinities as a quick reference: 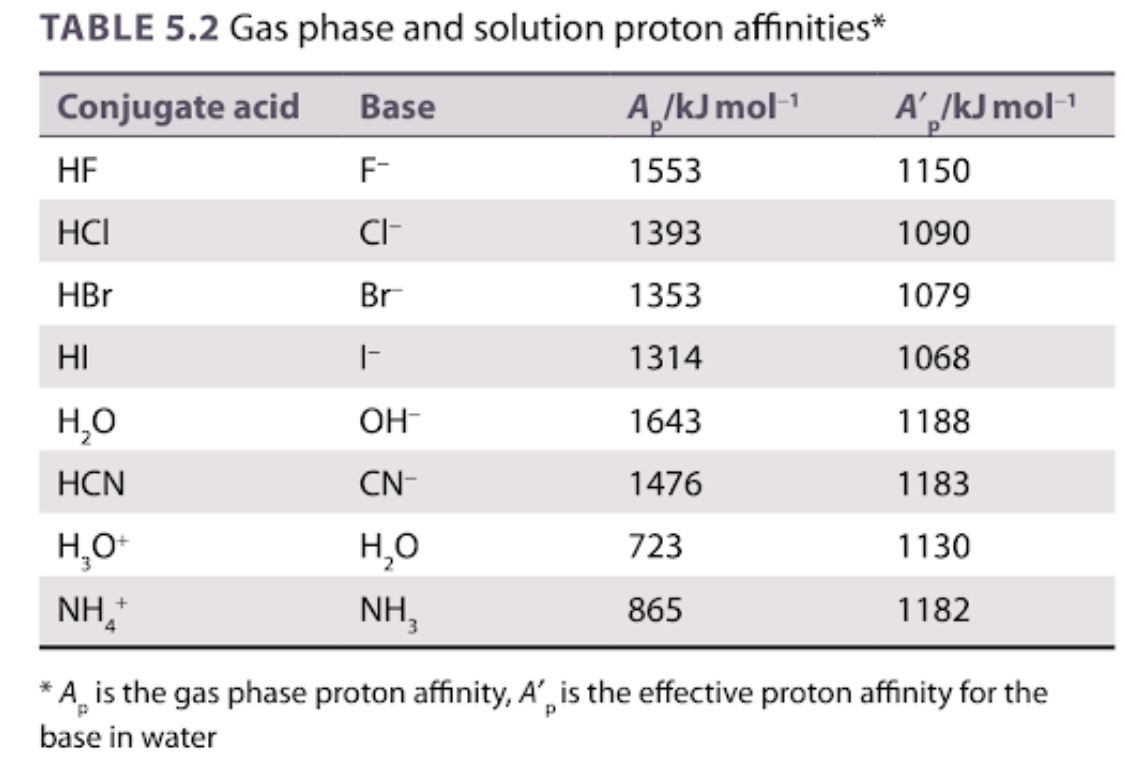 Not the answer you're looking for? Browse other questions tagged inorganic-chemistry physical-chemistry acid-base thermodynamics enthalpy or ask your own question.

3
Calculate the moles of acid and conjugate base needed
2
Calculating pH of an unknown base, and the pKb
4
What is the conjugate acid of NaOH using the Brønsted-Lowry definition of acids?
0
Which base accepts the proton abstracted from water in propyne hydration?
5
Does acid and base react directly, or do they react first with water?
4
Enthalpy of neutralization of strong acid and strong base differing from enthalpy of formation of water from ions
1
A simple equilibrium problem
1
Why ammonium hydroxide precipitates metal salts?