How to predict molecular geometry of acetylene using VSEPR model?

I need to determine the molecular geometry of acetylene. For this I performed the following procedure.

First, I drew the correct Lewis structure which is a graphical representation that shows the pairs of electrons linking the atoms of a molecule and the pairs of solitary electrons which may exist.

The first carbon $\ce{C}$ has 4 pairs of electrons, all of which are bonding. Using the VSEPR notation, $\ce{AX4}.$ For the second carbon $\ce{C'}$ it's exactly the same. Therefore, molecular geometry is symmetrical and tetrahedral.

For a complete study, I applied the valence bond model based on the hybridization of the atomic orbitals. This is where I don't know how to see if the link is σ- or π-type. 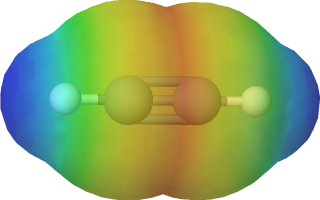 Also, I know that the molecule can be contained in a plane, but I don't know how to explain it using VSEPR or valence bond theory.

The first carbon $\ce{C}$ has 4 pairs of electrons, all of which are bonding. Using the VSEPR notation, $\ce{AX4}.$ For the second carbon $\ce{C'}$ it's exactly the same. Therefore, molecular geometry is symmetrical and tetrahedral.

Carbon typically has 4 pairs of electrons which are bonding. However, these four pairs of electrons could be in single, double or triple bonds. Electron pairs in a double or triple bond connect the same two atoms, so they have to be grouped together in the VSEPR scheme. For ethylene, the notation would be $\ce{AX2}$, which is expected to be linear.

For a complete study, I applied the valence bond model based on the hybridization of the atomic orbitals. This is where I don't know how to see if the link is σ- or π-type.

[from the comment] How do I know what's wrong with VSEPR theory a priori? For example, in an exam I am asked to determine this structure, how to do it so that it is always the right one.

You would measure or deduce the bond lengths and angles with an appropriate experiment, and see whether your data fits your prediction. The predictions work pretty well for some compounds made of H, C, N, O atoms, less so for third row main group elements, and they mostly break down for transition metals. Also, the predicted angles mostly will be approximations (except in the case of high symmetry, e.g. methane or acetylene).

In an exam, you just have to hope that the examples given work well for the level of theory (or the rules of thumb) you are applying.

[OP's comment in another answer] I know how to apply the VSEPR model: I determine the Lewis structure and observe how many electron pairs the central atom has. I also understand the concept of hybridization and overlapping of atomic orbitals (simply the algebraic combination of wave functions). But, if I am given a molecule (such as acetylene, ozone or ammonia) I don't know how to apply the [valence bond] Theory correctly, I get confused when it is a sigma link or pi link. So, my doubt was focused on that aspect.

A single bond in a Lewis structure is considered a sigma bond. For multiple bonds, one is a sigma bond and the remainder are pi bonds.

This assumes that the Lewis structure is a good representation of the molecule. If a Lewis structure shows an "expanded" octet (or for transition metal complexes), you are better off looking at a molecular orbital diagrams to determine what the bond order is and whether the bond in question is sigma or pi (whether there is a node along the bond axis).

The classic example of the Lewis structure breaking down is the dioxygen molecule, which is often written with a double bond as a Lewis structure but experimental evidence indicates that there are two unpaired electrons involved in bonding.

. In excited state, one electron from 2 s goes to empty 2p, and you will have 1 electron on each 2-shell orbital.

Triple bond is formed using sp-hybridized atoms (one s orbital is "averaged" with one p orbital). These "averaged" s and p are used for sigma-bonds (2 bonds, since there are 2 orbitals), and two p-orbitals are used for pi-bonds (also 2 bonds). So each carbon has 2 sigma (with C and H) and 2 pi (with C both) bonds. It's clear from your first picture.

I've found a good picture for you, which is below. It explains, why acetylene is linear molecule (hence, it's molecular geometry). 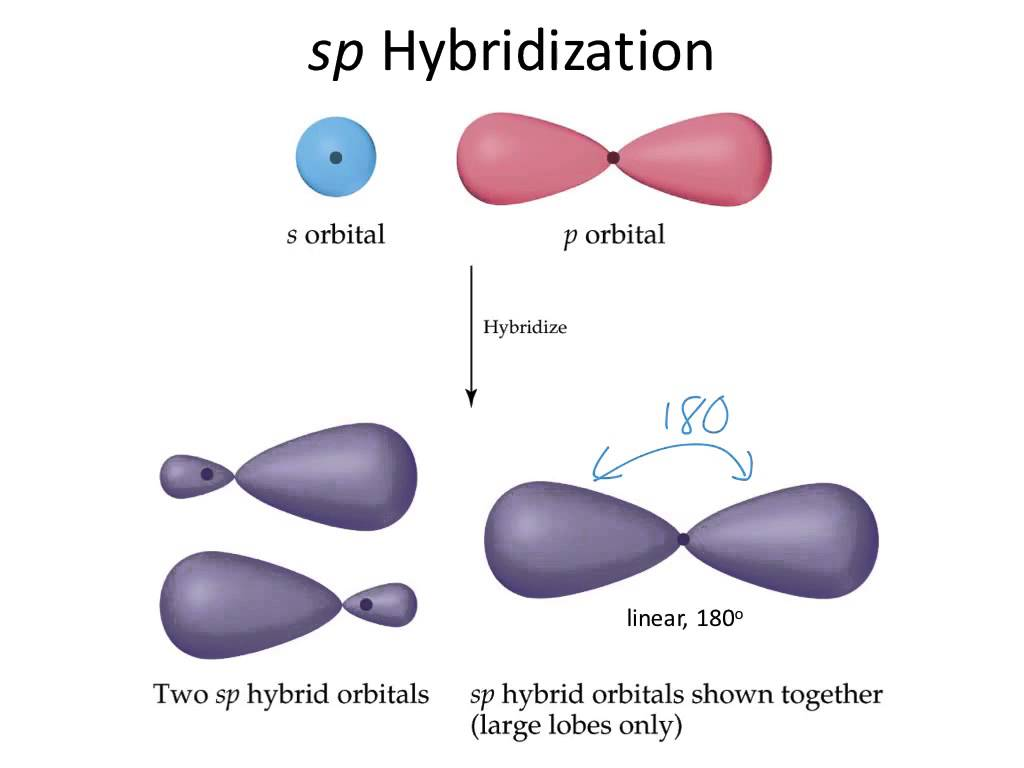 Not the answer you're looking for? Browse other questions tagged molecular-structure hybridization vsepr-theory or ask your own question.

20
How can the Bonding in IF7 be explained using LCAO method?
1
How to explain the structure of HNO3 with a Molecular Orbital diagram?
3
How to calculate the hybridization of ethane with H=½[V+M-C+A]?
13
Are carbocations necessarily sp2 hybridized and trigonal planar?
2
VSEPR theory and hybridization in determining the shape of a molecule
4
Quantifying location and volume of "lone pairs" for VSEPR
8
When would a R-O-R bond be linear?