When there is more than one amino group in a molecule, which group is more likely to react when forming an imine? [closed] 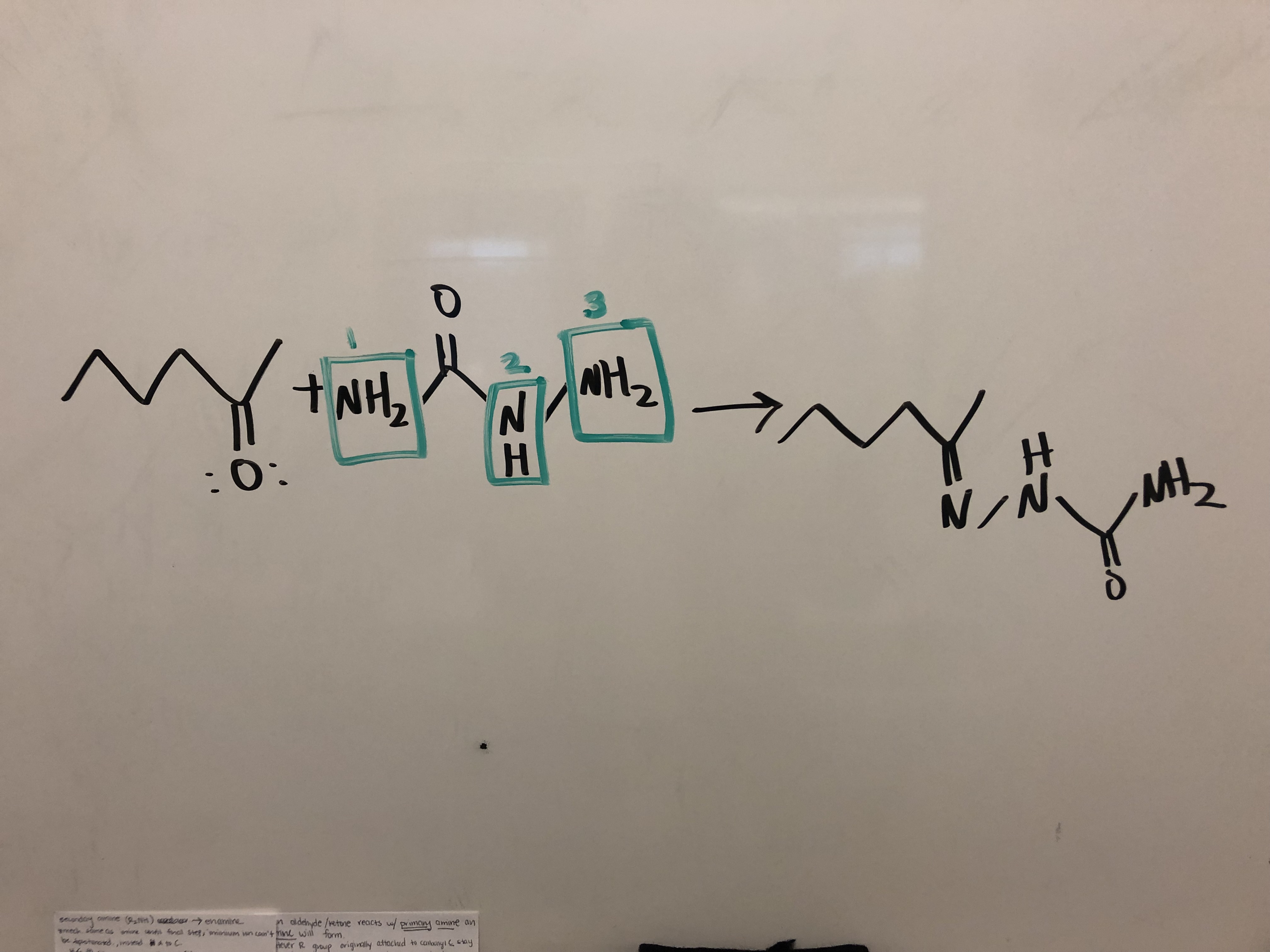 Why does the third group react in this example and not the first?

Another possible effect that raises the nucleophilicity of that $\ce {N}$ atom is the alpha effect, also discussed here. The following diagram (p. 513) from Clayden, Warren, & Greeves (2012) illustrates the molecular orbital theory basis of the effect. Although it is used to illustrate the effect for peroxide, the same concept can be extended to our case of nitrogen atoms. The adjacent $\ce {N}$ atom with the lone pair can increase the nucleophilicity of the $\ce {N}$ atom. However, the alpha effect may be less prominent for our case since the lone pair of the adjacent $\ce {N}$ is also being strongly delocalised into the carbonyl group. Nonetheless, it is an interesting consideration, further justifying why 3 should be most nucleophilic among the three. 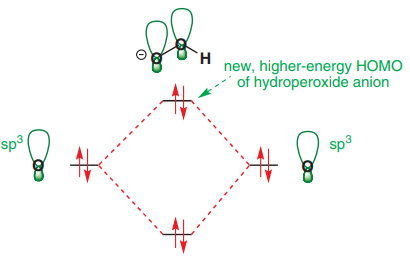 Now, 1st and 2nd groups are participating in conjugation (I presume you know about resonance, etc.) with -C=O group and hence their lone pair electrons (cause for nucleophilicity for them)are delocalised and thus less available making them weak nucleophiles. Thus, the 3rd group is the most nucleophilic and proceeds with the reaction. Hope this helps!

109
Is there a general consensus on the causes of the alpha-effect?
3
Acidity order of acetone, methyl acetate and N,N-dimethylacetamide

0
How should I identify my leaving group in SN1 reactions if there might be more than one option?
0
Why is methyl group more electron-donating than tert-butyl group?
3
Nomenclature of organic molecules with more than one functional group
16
Why is a hydroxyl group more activating than a methoxy group in electrophilic aromatic substitution?
6
Orientation in benzene rings with more than one substituent
2
How come one of the hydroxides in the phosphate group are more acidic than the other?
0
Nomenclature in case when same fucnctional group is present more than once
1
When amino acids react with each other, how do you know which one reacts using it's carboxylic group and which one with it's amine group?
3
Why does there need to be a planar intermediate in 2,2'-dibromobiphenyl when one of the phenyl groups rotates?