I have come across a question in my textbook:

The textbook gives this answer: 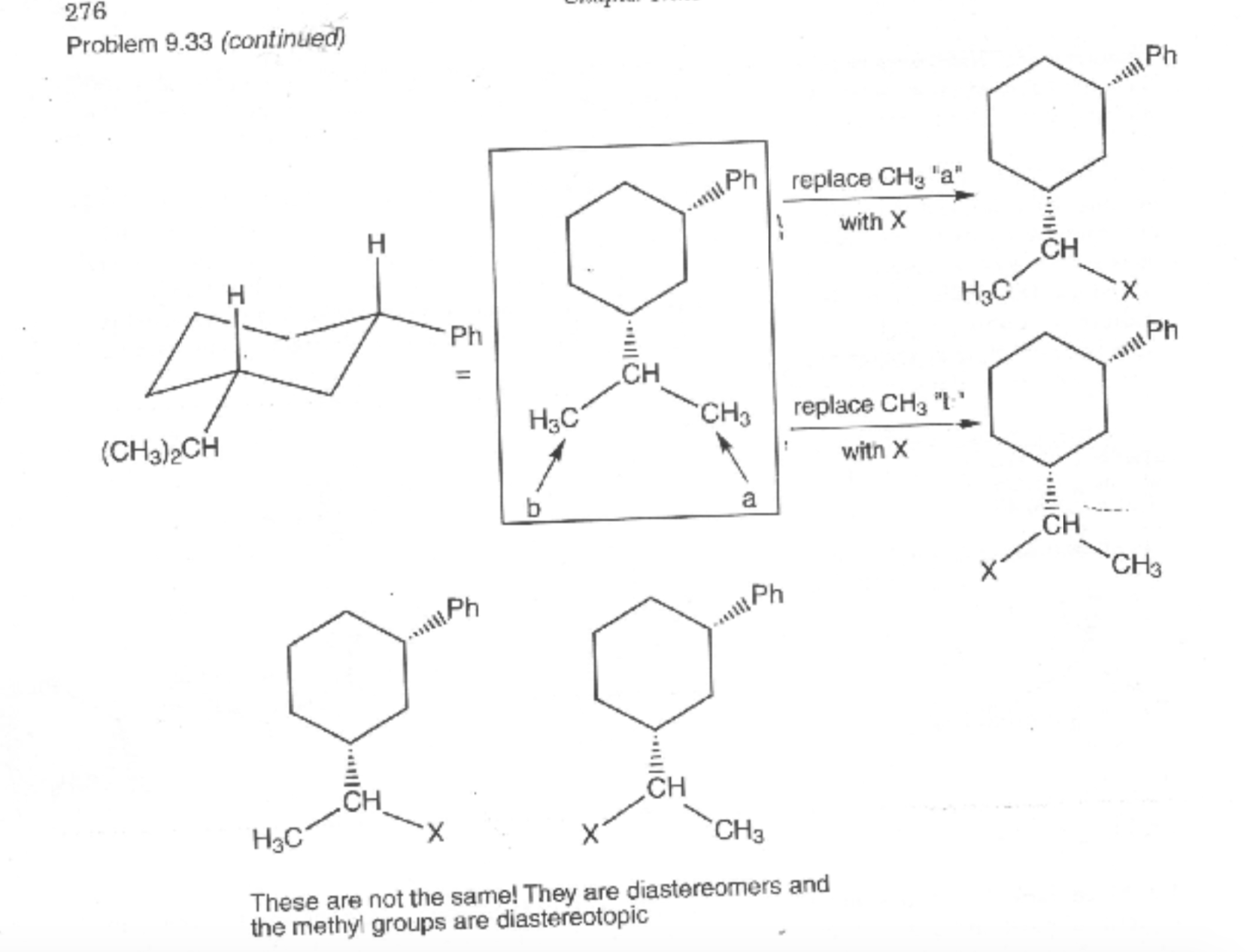 The two methyl groups do not see the same average environment

The issue here is not whether the two methyl groups are freely rotating about the bond to the CH group: the issue is whether they see the same environment on average when the bond between the CH and the cyclohexyl ring rotates.

The easiest way to see that they don't is to build a model and play with it.

If you do you will see that their average environment can never be the same no matter how much rotation you do. Imagine rotating them so that the CH is facing the same way as the Ph with respect to the ring. The two methyls are different: one will be closer to the Ph than the other. Now rotate the CH-ring bond 180 degrees. The CH now points away to the opposite side of the ring to the Ph. But the environments of the methyl groups are not reversed: the other methyl is now closer to the Ph but is now on the opposite side of the ring so sees a different environment. So that rotation does not equalise the average environment for each methyl.

This is generally true in chiral compounds.

4
Are alkenes with bulky groups attached (like the one shown in the picture) chiral or achiral?
15
Where does magnetic inequivalence come from?
8
Racemization of ketones in presence of catalytic acid
3
Magnetic non-equivalence of acetal protons
6
Claisen rearrangement in substituted ring
3
NMR sweeping magnetic field
9
Radiofrequency transmitter in an NMR experiment: Is there an involvement of (electromagnetic) radio wave?
1
Determining structure from C-NMR spectrum, is my answer correct?
1
Steric Effects in Friedel-Crafts Reactions