How to explain the excited states in the dinitrogen cation? 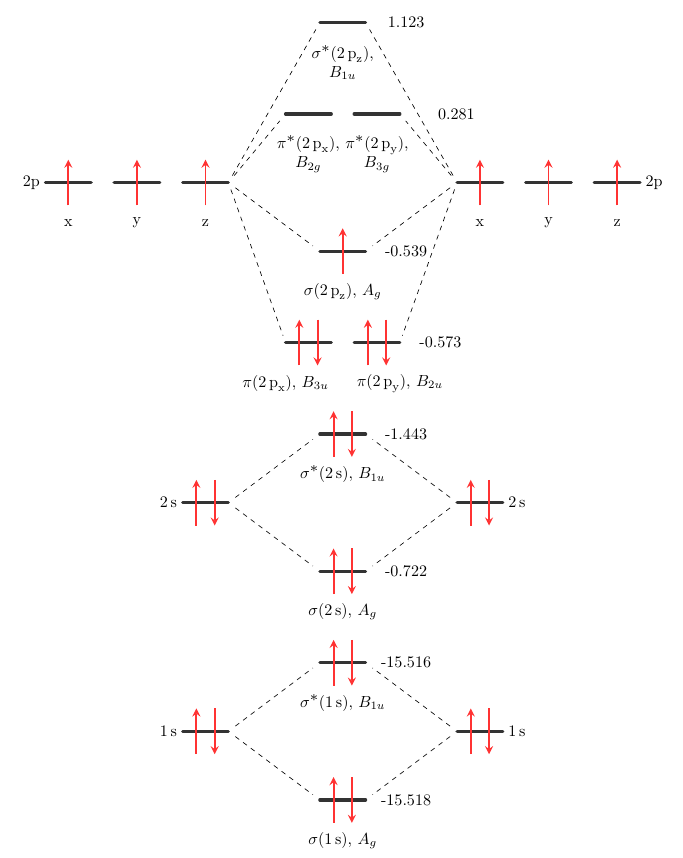 I'd expect, that the first excited electrons will be the ones, which "need" the smallest amount of energy to get into a higher state. 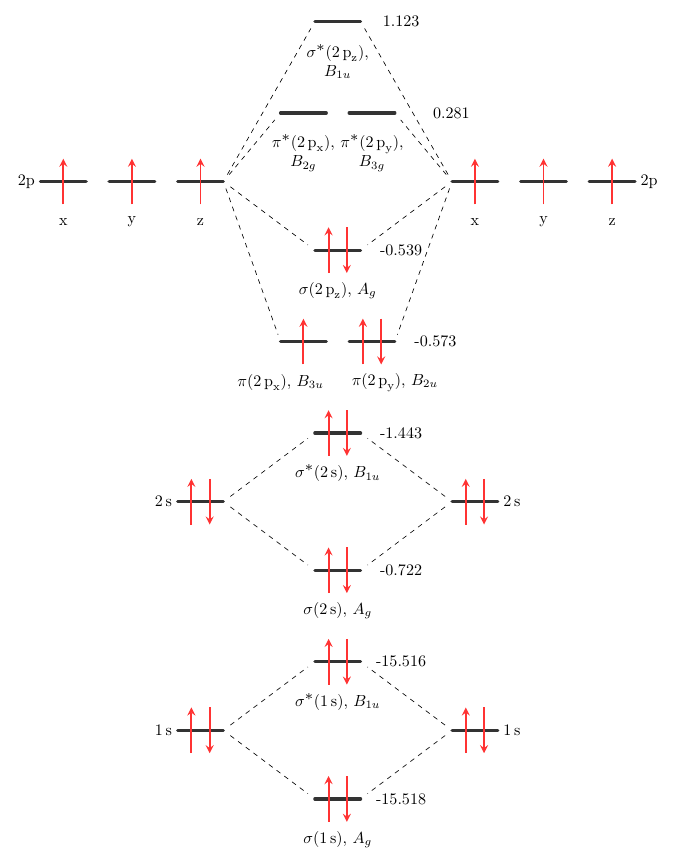 The second excited state would be 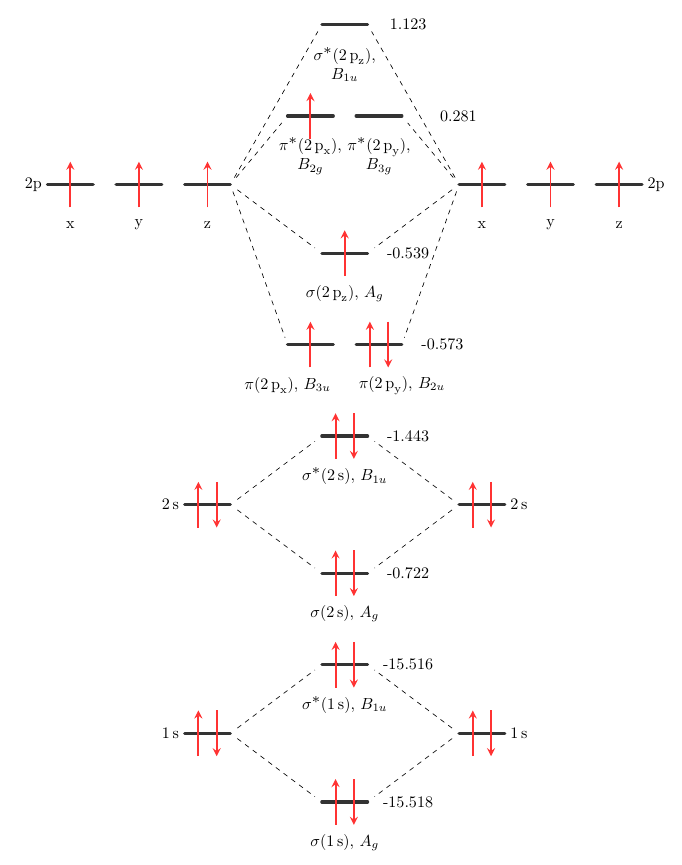 Is my expectation correct or will the electrons be excited in a different order? And what will the 3rd and 4th excited states look like?

Excited states make things a bit more complicated. The electron configuration only represent the HF ground state, and changing the occupied orbitals will have an effect on all the orbitals (they are correlated). So this picture becomes more and more inaccurate the higher lying the electronic state. What you do to resolve this is expand the electronic state in many configurations (which all most belong to the same IRREP).

For diatomic molecules there is a lot of spectroscopic data available. So let's check it: $\ce{N2+}$ in the NIST Chemistry WebBook

Basically, this means you are right about the first state. To explain why we need a bit of symmetry. The first excited state has $\Pi_u$ symmetry, in the $D_{\infty h}$. Since we are working with $D_{2h}$ here, we will need to reduce it. Sparing the details, the result is $\Pi_u$ becomes $B_{2u}\oplus B_{3u}$, which means it will show up once in each IRREP, which is fine because $\Pi$ states are doubly degenerate anyway (just as $\pi$ orbitals are doubly degenerate).

The other state ($\Sigma_u^+$) becomes $B_{1u}$. This one you can for example get by excitation from the anti-bonding $2\sigma_u$ into $3\sigma_g$, with respect to the ground state configuration (see this reference). So there is an electron "jumping over" the $1\pi_u$ orbitals.

Note, that the ordering of the states can change if you start to move away from the equilibrium distance towards dissociation.

Not the answer you're looking for? Browse other questions tagged molecular-orbital-theory electronic-configuration theoretical-chemistry symmetry or ask your own question.

25
Molecular orbital (MO) diagram for N2 and N2^-
1
How to compare the energies of sigma and pi bonds in molecular orbitals of diatomic heteronuclear species?
5
Electronic configuration of excited states of iron
5
What determines the coefficients in the wavefunction of a hybrid orbital?
1
Molpro - Connection between atomic term symbols and system symmetry
6
How can I formally justify the description of an electronic excitation that includes only the relevant orbitals?