Are the stereoisomers of nucleosides actually anomers?

Why is the 1'-position of a nucleoside referred to as the anomeric center despite the lack of acetal functional groups?

The C1 position of carbohydrates and carbohydrate derivatives is generally referred to as the anomeric center and compounds differing only in their configuration at this position are called anomers. In nucleosides, the 1'-position may not be part of a hemiacetal or acetal functional group, but it is at the same oxidation state. The IUPAC Gold Book defines anomers as:

Diastereoisomers of glycosides, hemiacetals or related cyclic forms of sugars, or related molecules differing in configuration only at C-1 of an aldose, C-2 of a 2-ketose, etc.

The fact that the definition includes "glycosides" and "related cyclic forms of sugars, or related molecules" points towards why it is acceptable to describe the 1'-position as the anomeric center. Furthermore, this position in nucleosides is at the same oxidation state as a hemiacetal or acetal. Therefore, there are structural and chemical reactivity similarities between these functional groups and the 1'-position of nucleosides.

Also of note is that the anomeric effect refers to the preference for polar groups to be axial on pyranose derivatives, where the polar group may be not only oxygen substituents (eg. hemiacetals, acetals), but also other derivatives such as halides (eg. glycosyl halides). In all these cases, C1 would be referred to as the anomeric center.

To add to the correct anomer definition cited by Mr. Organic Chemistry Explained, also note, that from the carbohydrate chemistry nomenclature standpoint, these are N-glycosides, more correctly N-glycosyl compounds (or glycosylamines), and the α/β (not a/b, like in your image) anomeric configuration notation is used in the names, see in Nomenclature of Carbohydrates (Recommendations 1996):

N-Glycosyl derivatives are conveniently named as glycosylamines. In the case of complex heterocyclic amines, such as nucleosides, the same approach is used. 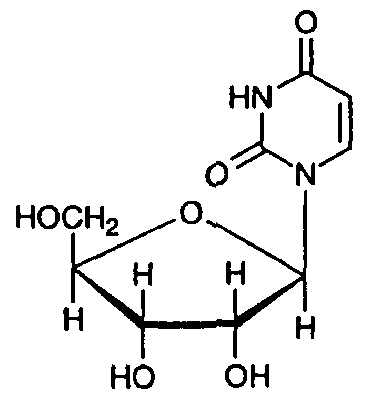 Not the answer you're looking for? Browse other questions tagged organic-chemistry biochemistry stereochemistry or ask your own question.

1
R,S Configuration
3
Are all anomers diastereomers?
1
Why are glycosidic bonds always 1->4 in polysaccharides?
13
Does a chiral centre have to have 3 or 4 different groups attached?
5
Why do orthoesters react with Grignard reagents, but acetals and ketals don't?
1
Are Anomers Epimers?
1
Does an acetal need to have one hydrogen attached to its carbon?