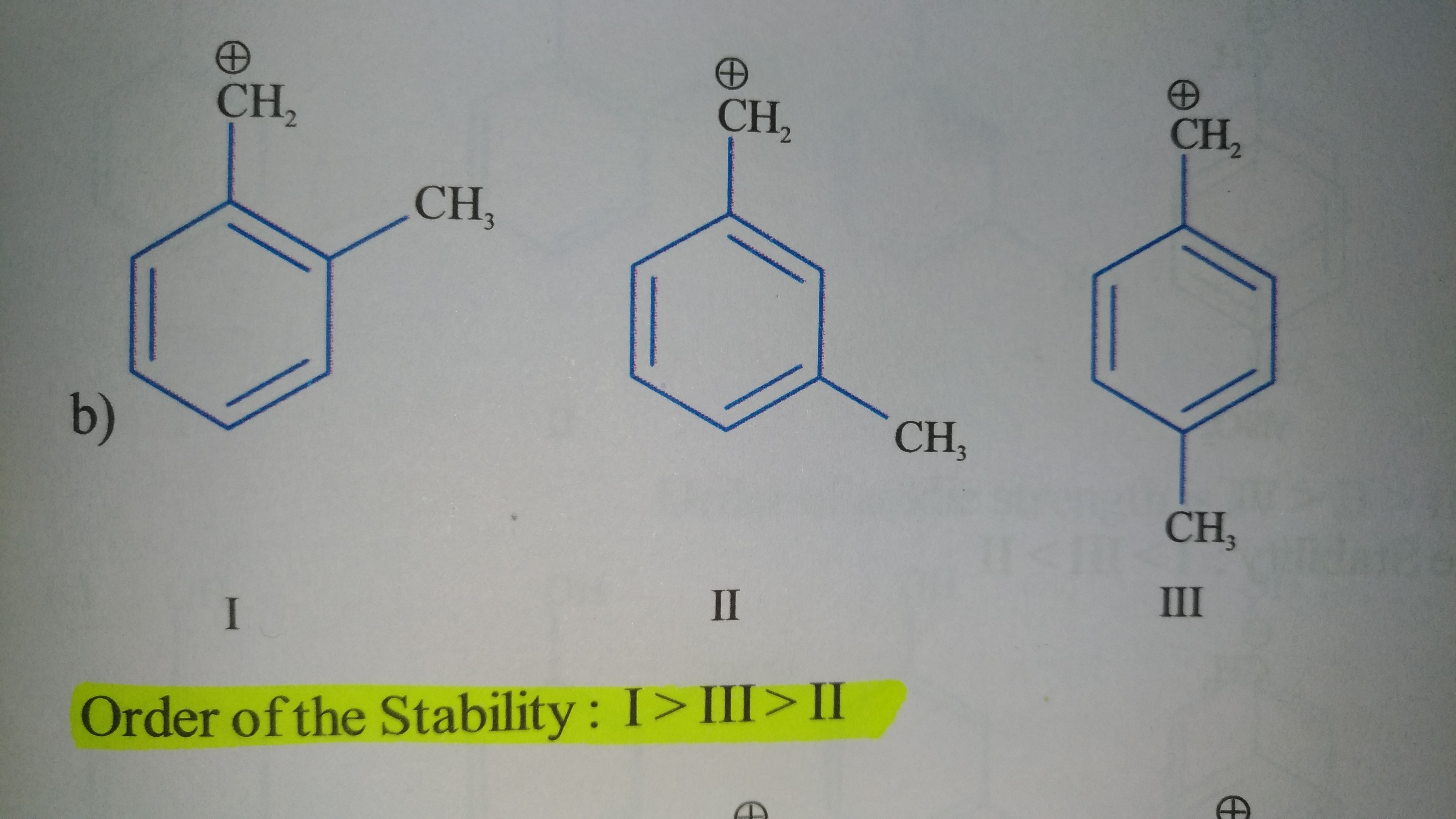 I am not getting the order . If only inductive effect was considered the order should have been 1>2>3 but its 1>3>2 please explain this order to me .

First understand that resonance stabilized carbocation is much more stable than that of inductive stabilized one, so out of the three ones, one can conclude that I,III>II. Now the ambiguity arises in choosing between I and III, now we turn to inductive effect for help, and here in this case, is simple because in I the methyl group is closer to the cation than in III, so you can conclude I>III, based on the two conclusions, one can conclude the order.

Not the answer you're looking for? Browse other questions tagged organic-chemistry reaction-mechanism resonance hyperconjugation inductive-effect or ask your own question.

1
How does hyperconjugation lead to the directing properties of alkyl group?
4
Does hyperconjugation and induction always have the same effect?
10
What is the directive influence of the tert-butyl group in electrophilic aromatic substitution?
25
Is the t-butyl carbocation more stable than the benzyl carbocation?
6
Hyperconjugation in cresol
2
How to determine the order of acidity of the following dimethyl nitrophenols
4
Which of the two structures is more stable?
1
The most acidic hydrogen among ethane, ethene, ethyne and allene