Calculating the number of energy states in a particular momentum direction

Given is a 2D scenario of a particle within a container: 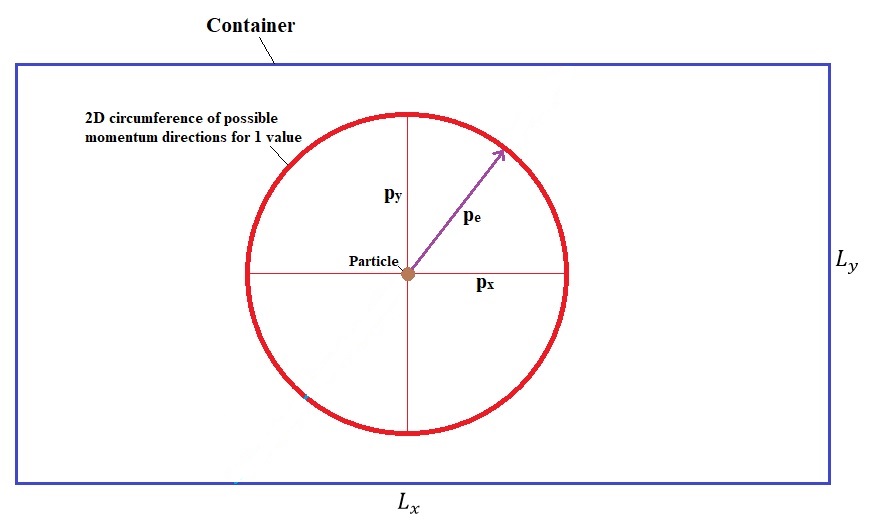 The circumference shows all the possible 2D spatial directions for a given momentum value of the particle. One of those momentum directions is $p_e$. 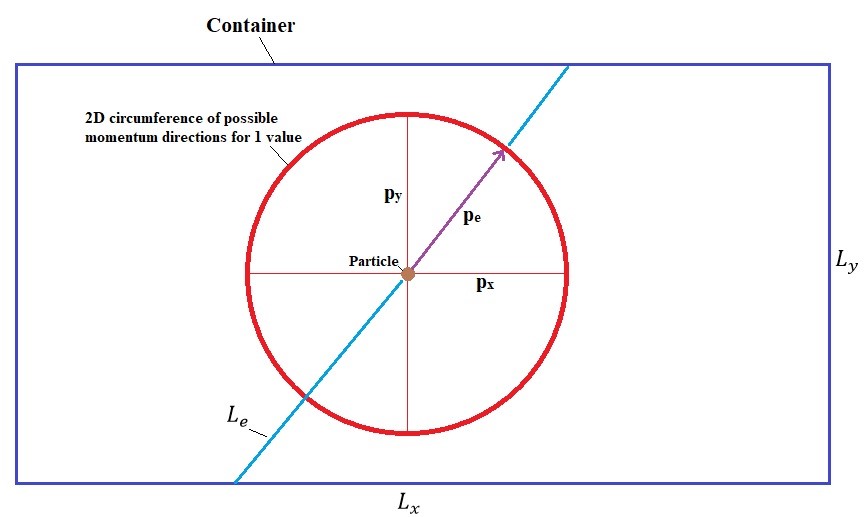 EDIT: I forgot to state to use periodic boundary condition in such a case, since rigid boundaries gives zero momentum to particles. So my question is: is it possible to calculate the number of states in a single momentum that has just one direction in p-space? If so, how is this derived from the formula: $$n=\frac{V \cdot p^3}{h^3}$$

Browse other questions tagged quantum-chemistry energy statistical-mechanics equation-of-state or ask your own question.

5
Number of pi-electrons in an energy state
1
Ignoring spin, consider an electron in a hydrogen 2p orbital, what is its orbital magnetic moment?
21
Derivation of the Heisenberg uncertainty principle
2
Shape of the container and the number of possible energy states
4
Lagrange Multipliers for the derivation of Maxwell-Boltzmann distribution