What is the reason why oxalic acid has its second $\ce{-COOH}$ group flipped?

I'm guessing it's something to do with steric repulsions between the $\ce{-COOH}$ groups but I'm not sure.

Like ron already stated, the reason for that arrangement is the possibility to form more intermolecular hydrogen bonds. For oxalic acid there are two modifications which depict this quite clearly.

From charge considerations itself it is not obvious, that the periplanar alignment should be better. However one can see, that there might be a little less repulsion. Given here are natural partial charges from NBO/BP86/cc-pVDZ. 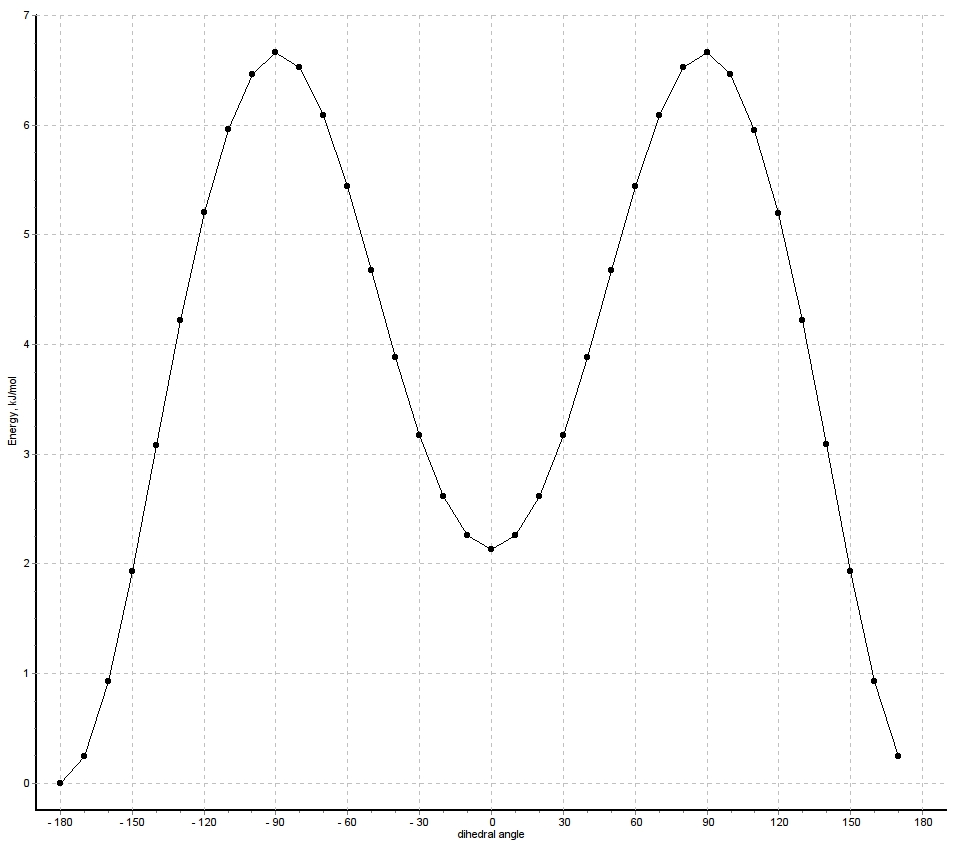 The barrier results mainly from breaking the partial $\pi$ bond between the two carbon centres.

The $\ce{O...H}$ intramolecular distance is around $230~\mathrm{pm}$ and in gas phase and higher temperatures hydrogen tunneling should be also considered.

More structure stabilizing hydrogen bonds, both intra- and intermolecular, can be formed in the conformation where the carbonyl groups are anti-periplanar.

The carbonyls' dipole moments minimize energy by pointing in opposite directions.

Not the answer you're looking for? Browse other questions tagged acid-base structural-formula or ask your own question.

10
Why can the lone pair not align with the phenyl moiety in 2,6-xylidine?
2
How to rationalise the protonation state of amino acids
2
How to arrange carboxylic acids (phenylacetic acid and acetic acid) by increasing acidity?
12
Difference in acid strength of oxalic acid and malonic acid
5
What role does sulfuric acid play in the titration of oxalic acid and potassium permanganate?
13
How to remove stain from pavement after having dropped sulfuric acid on it?