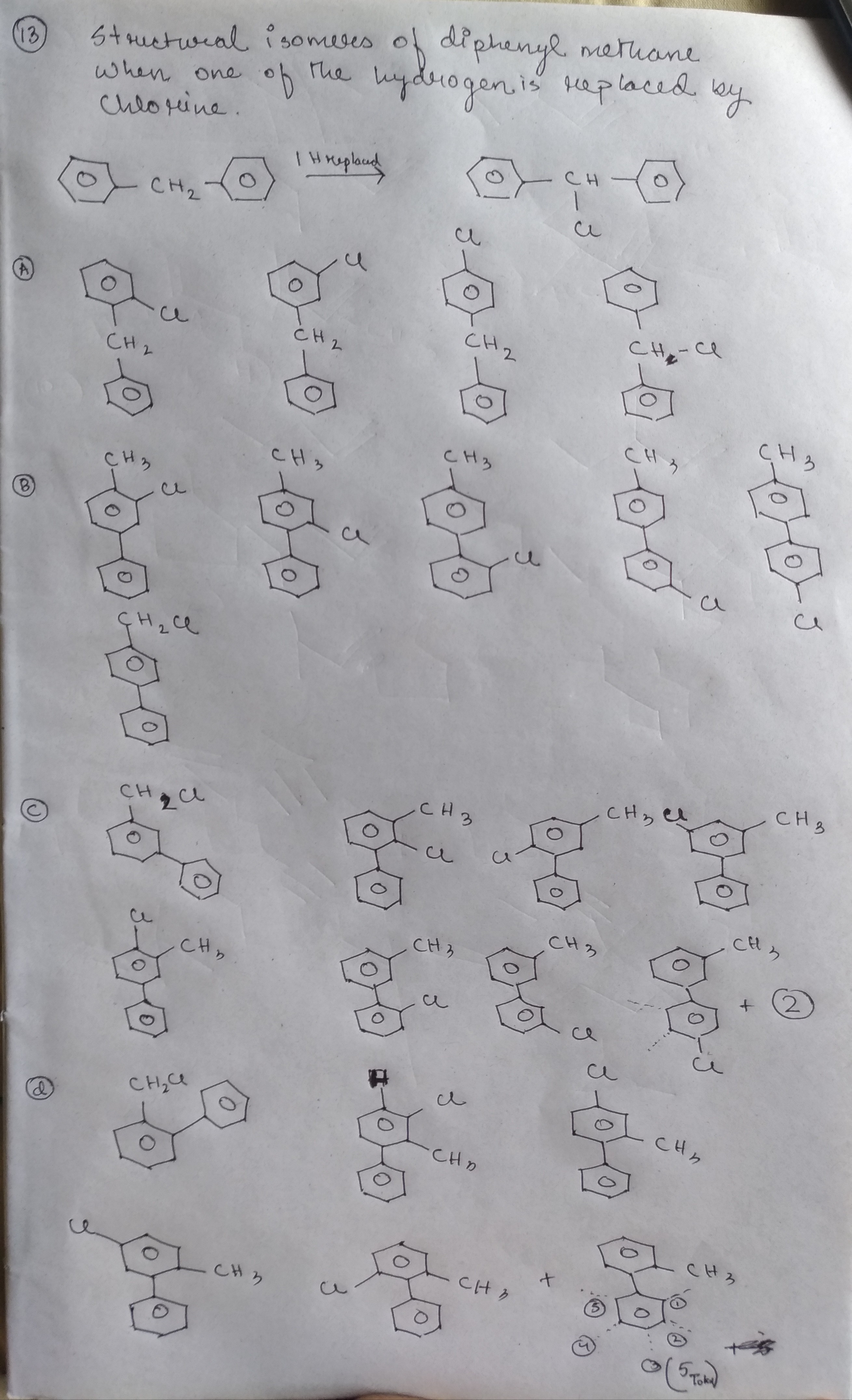 The maximum option is 8 available but while Drawing I found there are many more . Are there any other condition of structural formula except the fact that the compounds will have the same molecular formula but different structural formula?

Is there any other condition that I have to consider I think I am missing a point .

Starting from methane, $\ce{CH4}$, as point of departure,

As a side note -- even if options B), C), and D) do not correctly answer the questionary -- it is laudable that you started considering different positional isomers (i.e., the pattern of ortho-, meta-, para-substitution).

Not the answer you're looking for? Browse other questions tagged organic-chemistry structural-formula geometrical-isomerism or ask your own question.

4
Difference between conformational, constitutional, and structural isomers and the same and different molecules
1
What are all the structural isomers of a tertiary amine with the sum formula C6H15N?
13
Correctness of writing H3C as opposed to CH3 in a carbon chain
6
Identifying pentane isomers
6
Identify two amines
2
Skeletal formula of methyl chloride
6
How can I find out a substance name based on its structural formula?