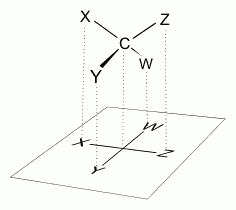 Can somebody tell me how why they changed/choose the groups for vertical and horizontal lines. As far as I know the vertical lines represent group going away from us and horizontal depicts coming towards us but I can't figure out how to choose which groups lie vertically and which groups horizontally... I am hopelessly stuck in Fischer projections.

EDIT: What I am having difficulty is how to choose where o arrange the groups in the horizontal line. 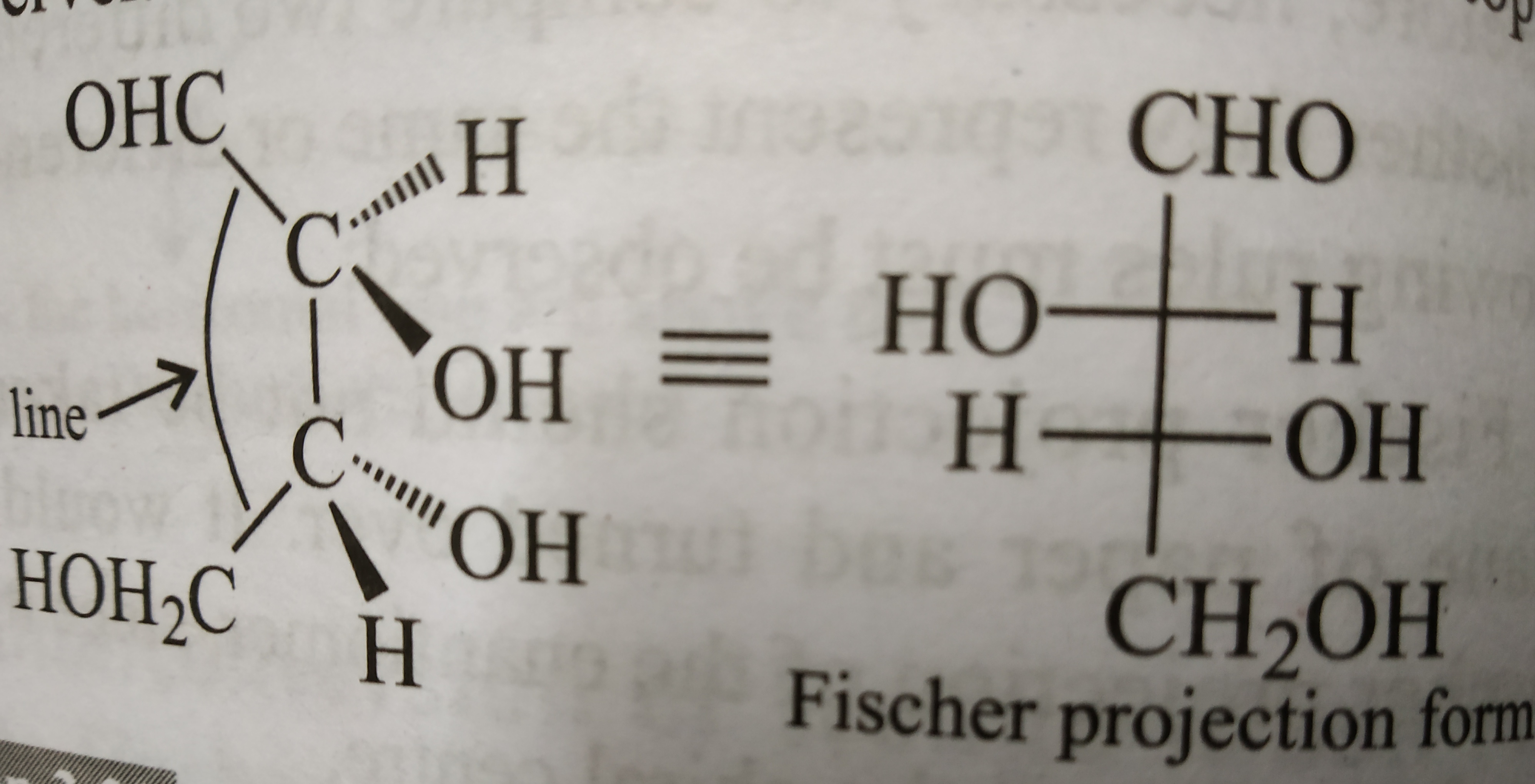 Why is the H bond on the C1 is arranged to the right while the OH is arranged to the left while the opposite is in C2 in the fischer projections It would make more sense for OH to be on the right as it is coming out of the plane and would appear at right when seen from above. Why does dash line is at right while wedge line to the left. How to interpret?

The whole point of the projection is that you project your 3-D structure onto a lower dimension representation, but it doesn't say how you should orient for the projection. In other words, any orientation here is fine. Just like when you look at a hand in any orientation, it's still the same hand. That is, there is no absolutely correct perspective to look at it.

For the example provided, you could cycle any three groups, and the resulting project is valid. For example, W -> X -> Y -> W. This corresponds to a rotation along the axis to the remaining atom, so the stereochemistry is unchanged. Since you're still depicting the same structure, the resulting projection looks different but represents the same thing.

EDIT: Note that when you have a complex structure, the rest of the structure can and does impose a preference on which groups should go where. For example, for carbohydrates, you should orient each carbon center such that the carbon backbone is vertical.

The easiest way to analyze fischer projections is this:

This technique works for me flawlessly. I hope it does for you too.