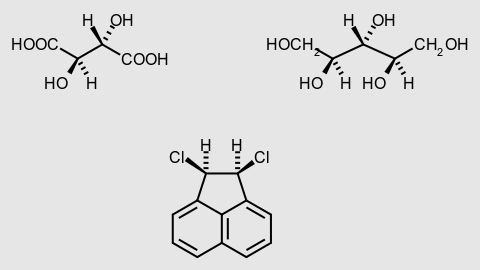 I can't seem to understand why these compounds are meso compounds..... I don't see any plane of symmetry here. I have trouble identifying meso compounds so can you give me heads up on how to identify them

Why don't use the definition just above the image?

A term for the achiral member(s) of a set of diastereoisomers which also includes one or more chiral members. 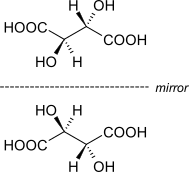 .. (just use any of the mirroring methods) and deciding whether it's the same molecule (stereoisomer), by rotating it, in 3D, in your head. (Some internal rotations around single bonds might be needed as well.)

In the first case, the mirrored structure can be superimposed with the original one by in-plane 180° rotation around an axis perpendicular to the paper plane.

In the second case it can be done by 180° rotation around the in-plane horizontal axis.

In the third case it can be done by 180° rotation around the in-plane vertical axis.

Meso compounds need not only have a plane of symmetry. They can also have a point of symmetry.

The upper left compound has a point of symmetry at the centre of the central C-C bond.

The upper right compound has a plane of symmetry passing through the central H & OH groups.

The lower compound has a plane of symmetry passing through the common side of the two benzene rings.

The ideal way to identify the line of symmetry is to analyse the compound in 3-D. You may use models for that.

Not the answer you're looking for? Browse other questions tagged organic-chemistry chirality or ask your own question.

9
Planes of Symmetry and Chirality
8
Why is 2-methyl-2,3-pentadiene achiral (allene)?
7
Does an axis of symmetry determine chiralty?
39
How to derive these general formulae for number of stereoisomers of a compound with a possible plane of symmetry?
11
Are there chiral compounds that don't rotate plane-polarized light?
2
Is it correct to look at plane of symmetry in substituted cyclohexane for determining a meso compound?
6
Stereoisomers of 1,3,4,6-tetramethylcyclohex-1,4-diene