[If you don't like to read the question just look at the 3 pictures; the first one has the carbocation which has to be stabilised by ring expansions. The other 2 are my predicted structure so please confirm which one is correct or if both are wrong please provide the correct one]

Please help me in expanding the rings in the following structure : 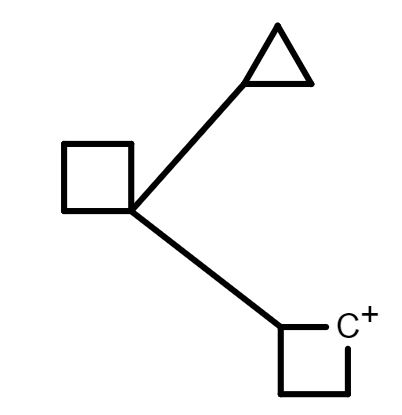 I tried a lot expanding the the rings twice to get this : 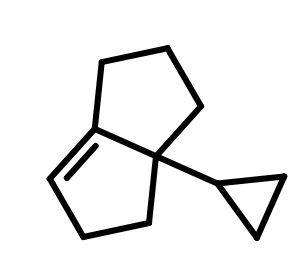 But the intemediate in this structure is unstable as it has a bridge carbocation. Instead we can have a intermediate with sigma-pi resonace stablising the carbocation by expanding the ring once as follow : 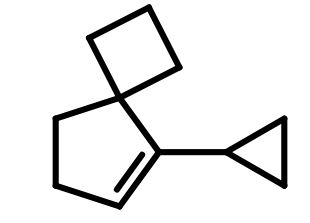 I can't wrap my head around which one is correct?

There are mainly two factors governing this phenomenon of ring expansion and rearrangement of carbocation, mainly Stability factor and Thermodynamic factor. When you have a carbocation which can rearrange within itself, it will definitely prefer a rearranged structure which has the highest stability. Not only that, the carbocation also needs some energy for the rearrangements to occur. If it needs multiple steps of rearrangements to attain a structure which has decent stability, but the loss in the potential energy can't compensate the requirement of energy for rearrangement, it is not also possible for the molecule to undergo that many number of steps thermodynamically.

Based on these two factors, we can at least logically conclude which will be the final rearranged product. In both of your predicted compounds, first there will be a rearrangement by Hydride shift. Now it is highly difficult for a molecule to undergo two rearrangements at once unless it gets extreme high stability by the second case. In this case, it does by forming a cyclopropyl methyl cation which is unusually highly stable due to non-classical resonance and thus ring-expansion occurs in this case. So, by these two steps you have got your first possible carbocation.

Now , if we look for the third possible rearrangement of ring-expansion, here energy requirement is extremely high as it becomes more and more difficult for a molecule to undergo rearrangement as its number increases as a single reaction intermediates. Also, the newly formed carbocation is tertiary which is obviously less stable than cyclopropyl methyl carbocation. Thus, the last ring-expansion is energetically less favourable.

So, I think the correct one should be the image you have drawn at the end in your question, as further more rearrangements on that system is both thermodynamically and stability wise less feasible.

6
How to determine the most reactive hydroxyl group of α-ᴅ-glucopyranose?
8
Is the phenyl cation or ethynylium more stable?
7
Structure of Sodium Naphthalenide
13
Are carbocations necessarily sp2 hybridized and trigonal planar?
1
Acid Catalysed Ring Expansion – Mechanism?
2
What molecule is pictured on the cover of Dead Sara's album "Ain't It Tragic?"