Specifically, I'm curious if there are any programs which come close to Gaussian in breadth but also take advantage of things such as GPU processing.

There's a page on wikipedia that goes through several options but I'd like to get feedback from actual users.

"Specifically, I'm curious if there are any programs which come close to Gaussian in breadth"

Not really, as far as I can tell. Gaussian is a massive work by many, many people over many, many years, and the reason it's still one of the most popular packages, as far as I can tell, is that it does most things (notably excluding non-GTOs), even if it's not necessarily the fastest or the best at the things it does in every case.

"but also take advantage of things such as GPU processing."

Double no. As LordStryker says above, GPU programming is pretty new, and most of the resources I've seen for it are C-based, while a significant chunk of scientific development still takes place in Fortran. I suspect library-based encapsulation of GPU-running numerical routines may improve this over time (I mean, by introducing people to the idea of getting speedup by using the GPUs more easily), but I wouldn't hold my breath. It'll be interesting to see what hybrid chips with multiple types of core, or the Xeon Phis will be able to do, though.

I've always heard GAMESS was the canonical alternative to Gaussian. I don't know much about either, though, aside from the fact that GAMESS doesn't use GPU processing either and is free as in beer.

There is Firefly (the package formerly known as PC GAMESS:).

Firefly also has CUDA capability. Here are some benchmarks. 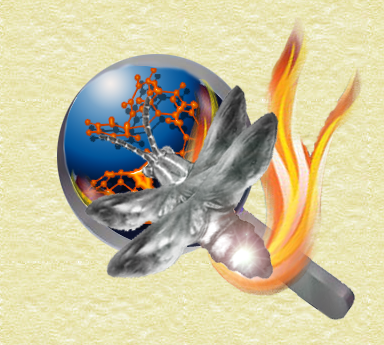 Disclaimer: It's about two years since I've last used Firefly and I never used in on the GPUs.

6
Gaussian and Surface Reactions - Doable?
3
Gaussian vs ABINIT for solids
37
Generating neat orbitals/surfaces from molden/wfn-files
4
How does Gaussian 09 normalize the excitation coefficients?
4
Z-Matrix Generator for Gaussian