Can vicinal dihalide produce conjugated alkene in strong base?

In Klein's Organic Chemistry (3rd edition), p. 410, we learn that vicinal dihalide can produce alkyne in strong base. And on Reaxys I see many reactions of this sort. For example:

However, why isn't the conjugated alkene, which should be more stable, the major product under such conditions?

Somebody once gave me an explanation, to the effect of "the hydrogen geminal to the halide is more acidic, hence more easily eliminated." However, Smith's Organic Synthesis (4th edition), p. 121 says the following: 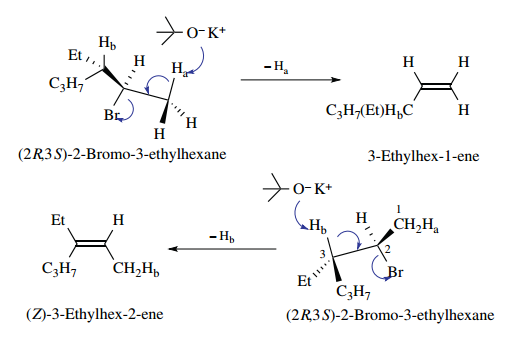 This suggests that we cannot base our logic on the acidity of the hydrogen atoms.

On the other hand, Reaxys has many examples of producing alkynes from vicinal dihalides, even when potassium t-butoxide is used.

On page 556, Carey attributes the Hoffman rule of t-butoxide to its stronger basicity, not to its bulky size, and states that stronger bases drive the mechanism toward the E1cb side.

Therefore I think the problem might be understood this way: If a strong base such as $\mathrm{NaNH_2}$ is used, then the elimination direction is determined by which hydrogen atom is the easiest to remove. Since bromine acidifies its geminal hydrogen, the alkyne product dominates. If a weak base is used, the diene product might predominate.

I can't find a pka value for a simple alkyl bromide, but bromoform has a pKa of about 14, while methane is ~50, so clearly having bromine atoms on an alkyl carbon does acidify it. So it looks like the premise of the argument in Smith is somewhat flawed. 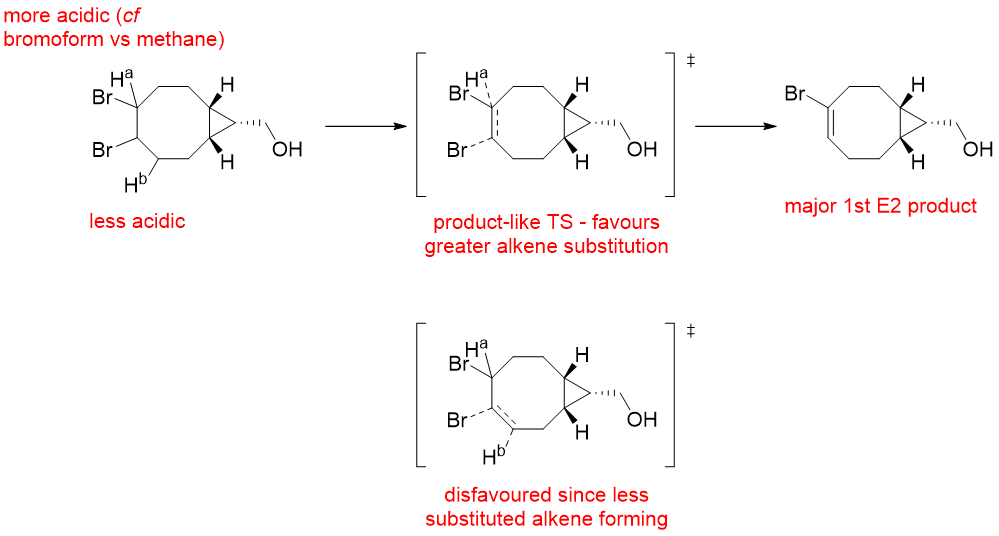 Nonetheless, I'm guessing the text goes on to explain that E2 reactions have product-like transition states, and as a result the Saytzev (more-substituted) product is generally formed. So in this case, both the pKa argument and the alternative Saytzev selectivity argument give the same result - H(a) will eliminate preferentially over H(b).

Not the answer you're looking for? Browse other questions tagged halides elimination or ask your own question.

13
Why does treatment of a geminal dihalide with sodium amide lead to an alkyne and not an allene?
10
What is the major product in the reaction of 2,3-dichlorobutane with sodium amide in liquid ammonia?
3
Why is this β hydrogen in trans position to the leaving group?
6
Reaction of conjugated alkene with KNH2
3
Does SN2 favor strong nucleophile and SN1 favor weak nucleophile? Does E2 favor a strong base, and E1 favor a weak base?
1
Which will be major and minor alkene formed if E1 reaction occurs on 2-chloro-2,4,4-trimethylpentane?
1
Role of alcoholic potassium hydroxide in an E2 reaction