How much heat is gained/released based off of equation?

If you have 15.0 grams of the solid, how much heat is released or gained in kilojoules? 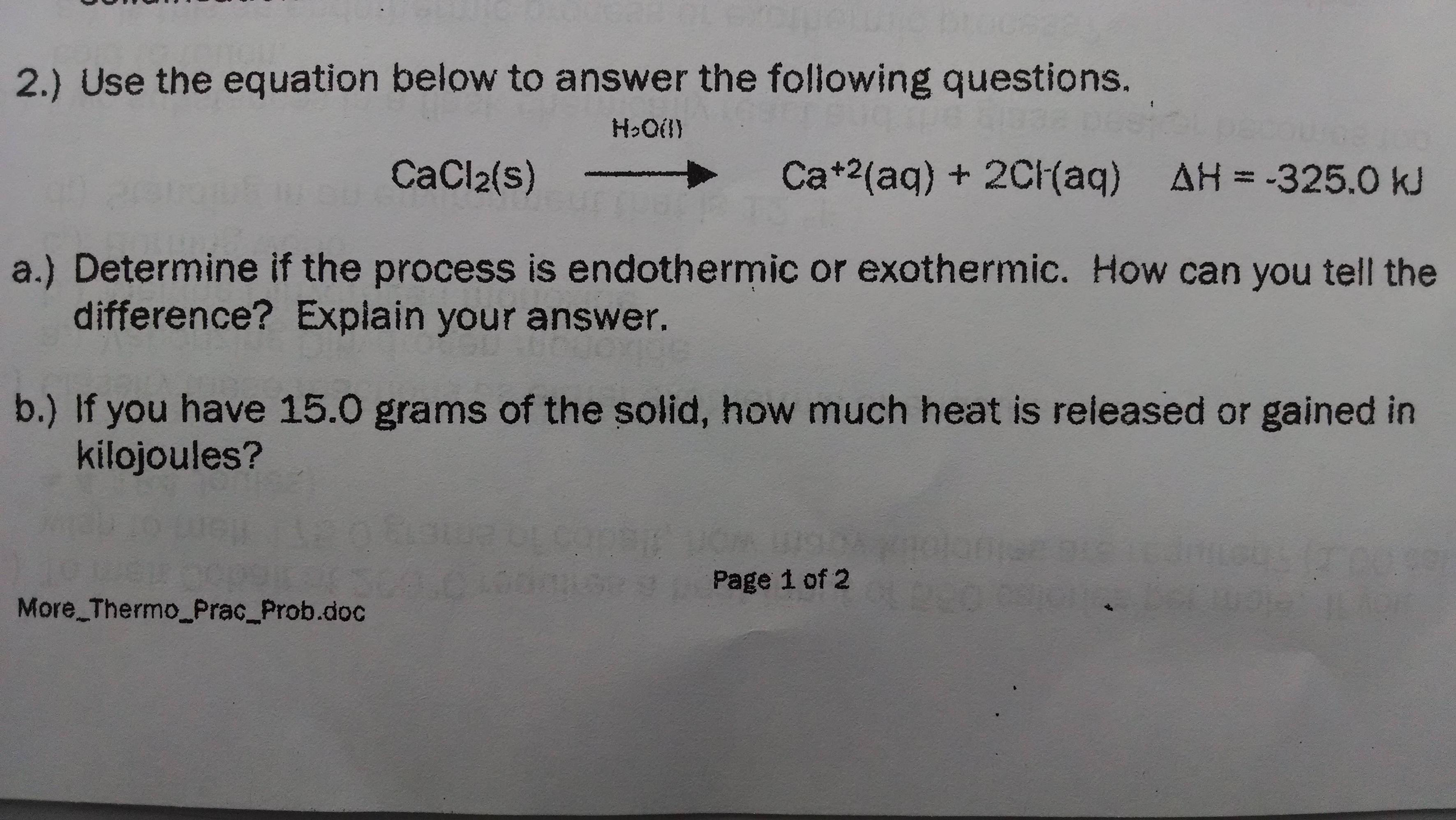 I'm going to assume that the question is presenting the given change in enthalpy as a molar enthalpy change (so as to say that -325.0 kJ are evolved per mole of CaCl2).

Under that assumption, answering the question is then a matter of using the a molar fraction of CaCl2 for the amount you have present.

Not the answer you're looking for? Browse other questions tagged thermodynamics energy or ask your own question.

1
Should I use specific heat to calculate how much fuel is required?
5
Find mass of CO₂ and heat released per minute in a combustion reaction
6
How to calculate the heat capacity of a calorimeter based on a neutralisation reaction?
5
How can I find the heat that will be released in kJ per gram for the reaction of Al with Fe2O3?
7
How to calculate the heat released when sodium hydroxide is dissolved in hydrochloric acid solution?
2
How is heat physically released in an exothermic process?
1
Is the total entropy change of all isothermal processes 0?
3
The sign of enthalpy of formation of magnesium oxide