I have been studying the chair conformations of cyclohexane but I get confused when it comes to two substituents.

Why is that?I really don't understand.

Here are some structures to help you. You noted that one group was a solid wedge and the other a dashed wedge without mentioning the substitution pattern. I presume that this was a flat, 2-D structure. You also note that in the chair structure, one group is axial, the other equatorial. Only the 1,3-isomer 2 fits these conditions. The conformation 2a is more stable than 2b.
ADDENDUM: The 1,1-disubstituted isomer would also fit the conditions of the question. The questioner did not designate the structure. 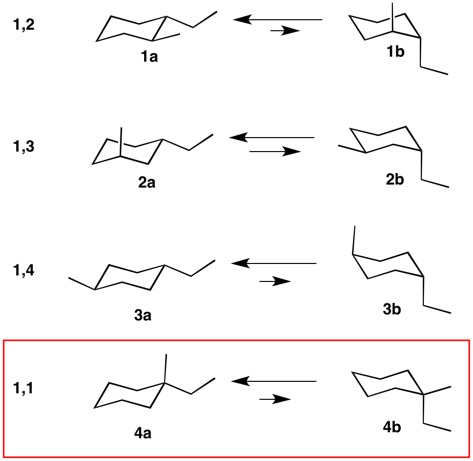