I came a across a passage in my textbook on Formula Mass topic which mentioned something about discrete molecules.

Some substances such as sodium chloride do not contain discrete molecules as their constituent units. In such compounds, positive (sodium) and negative (chloride) entities are arranged in a three dimensional structure. 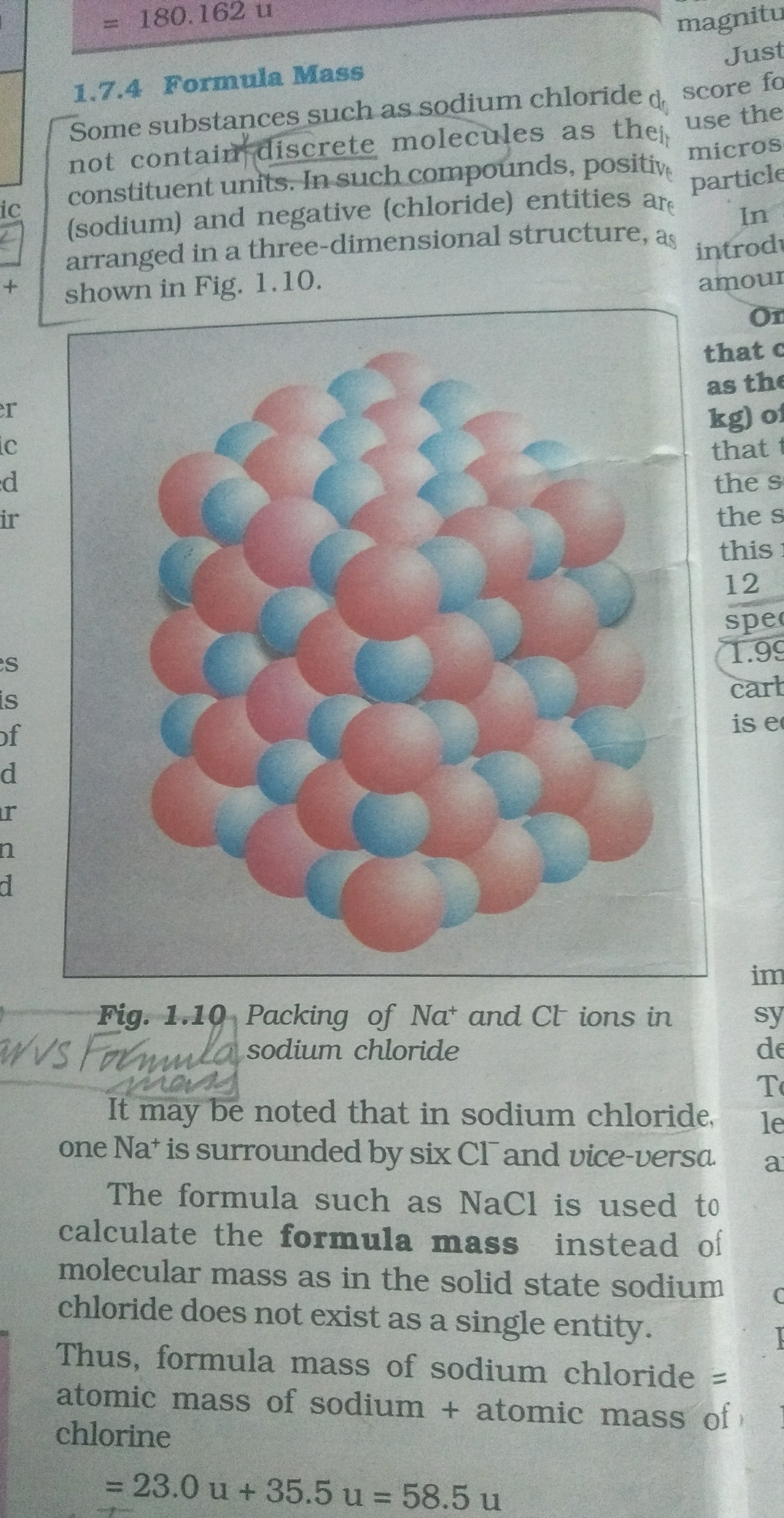 What the author is pointing out is that not all solids are made up of distinct units (in his terminology "discrete molecules").

In copper the units are copper atoms held together (in effect) in a sea of electrons but with a fixed arrangement of the atoms.

In iodine the structure consists of I2 molecules held together by weak dispersion forces.

In common salt the units of the crystals are individual ions of Cl- and and Na+ ions in an infinite 3D array as described in the picture.

In diamond the structure consists of an infinite array of tetrahedral carbon atoms bonded to each other in an infinite network by covalent carbon-carbon bonds.

In ice and iodine the discrete units of the structure are molecules and when the solids fall apart the molecules retain their individual, discrete identity: ice melts to give water which also contains water molecules; iodine sublimes to give a vapour that still contains iodine molecules.

None of the other solids can be decomposed into molecules. If, for example, salt is dissolved in water, the result is a solution of the individual ions.

The point the author is making is that some solids contain units that are preserved when the solid is broken up and some do not. In many chemicals the units are discrete molecules that retain their identity when not in the solid state. In others the units that make up the crystal are either atoms or ions and there are no discrete components at any other level.

Not the answer you're looking for? Browse other questions tagged molecules or ask your own question.

0
Molecules that get charged in Water
1
Converting from Grams to Molecules
10
Explain the formation of replicators to a layman
1
Molecules made of molecules?
27
Are long oxygen molecules possible?
3
Is this graphic of molecules correct?