Comparing the basicity of benzamide and acetamide

What if we were asked to compare the basicity of benzamide and acetamide?

Which one of them would be more basic? I read somewhere on the internet that benzamide must be more basic than acetamide due to cross conjugation (I am not aware of this term). Is this true? Please provide an explanation.

Where do amides accept protons?

Let's look at some data

I personally find that a theoretical approach to this problem without looking at any data is non-trivial and may potentially give a false conclusion since many factors are at play. In fact, my initial thoughts without looking at any data was that benzamide would be more basic since the benzene ring can donate into the $\ce {C=O}$ group via resonance (in the same way as how a benzyl carbocation is stabilised by the donation of $\pi$ electrons from the ring) and this would certainly enhance the basicity of the carbonyl oxygen since the electron density at the oxygen atom would have increased significantly.

Cox et al. (1980) have determined via empirical measurements the $\ce {pk_a}$s of the conjugate acids of acetamide and benzamide to be $\ce {-0.73}$ and $\ce {-1.54}$ respectively, with an uncertainty of $\ce {0.02}$. This tells us that acetamide is actually more basic than benzamide. In the discussion of their results, the authors considered the factors which they thought underlied this basicity difference. These included the following:

The authors suggested that perhaps, effects 1 and 3 were more significant combined than effect 2, resulting in the observed difference. Effect 3 was not well-explained by the authors. I suppose effect 3 arises due to the difference in size of the methyl and phenyl substituents and the consequent difference in the extent of their solvation. The conjugate acid of benzamide may require more solvation and hence, a greater ordering of water molecules, giving rise to a more negative entropy change. This is my rationalisation of effect 3.

In addition to determining the acidity constants of the conjugate acids, the authors also calculated the deviation from coplanarity of the the benzene ring of the various N-substituted benzamides. They observed that as the deviation from coplanarity increased due to the presence of large and bulky substituents on the $\ce {N}$ atom, the $\ce {pk_a}$ value of the N-substituted benzamides became more "acetamide-like". They then went on to say:

This shows that whatever the nature of the effect which causes benzamide to be less basic than acetamide, the degree of coplanarity in the molecule is important to it.

Perhaps, there is intramolecular hydrogen bonding?

I believe that the effect at play here that was not mentioned by Cox et al. may be the presence of intramolecular hydrogen bonding in the benzamide molecule. To highlight the significance of this effect, I will now discuss the computational findings of Muthuraja et al. (2017). The following image (the grahical abstract of their study) shows the subject of the computation study and it also shows the computed Mulliken charges on the different atoms. Notice that most of the aromatic $\ce {H}$s have much more signficant positive charge (i.e. in excess of $\ce {+0.1}$ compared to the other protons not bound to the aromatic ring. Additionally, note the large negative charge value on the carbonyl oxygens. 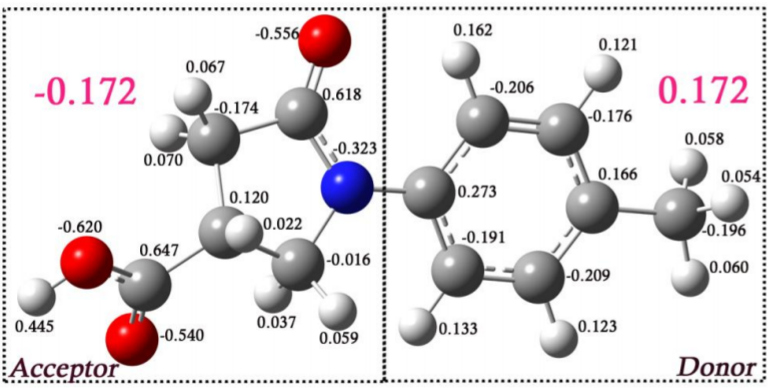 The authors posit high possibility of intramolecular hydrogen bonding between the carbonyl oxygen of the lactam with the neighbouring aromatic proton. They cite the following evidence justifying their claim:

From this computation study, I simply wish to point out that there is a significant chance that intramolecular hydrogen bonding may be present in benzamide due to the proximity of the carbonyl oxygen to the aromatic proton. This interaction decreases the availability of the lone pair on the carbonyl oxygen for donation to acids. Thus, benzamide is less basic. Furthermore, this agrees with the additional insight provided by Cox et al. (1980): As deviation from coplanarity increases, there is less and less intramolecular $\ce {H}$ bonding and thus, greater and greater availability of the lone pairs on the $\ce {O}$ for donation to acids.